Home » Hip Hop News » Cardi B shares herself taking a dump, on IG Live, after Ghana celebrities put her on blast for not showing up to meet and greet, and Cardi says her reason for doing so was being sick, sharing video as proof 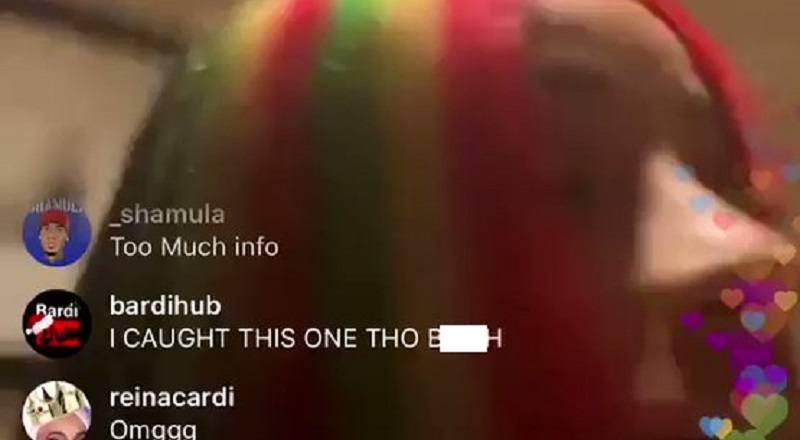 No artist has ever had the journey that Cardi B has to rap stardom. Her beginnings are in the strip clubs and social media is where she became famous, for just speaking her mind. Being a viral sensation led to Cardi being cast on “Love & Hip Hop,” where she breathed new life into it.

Cardi B did two seasons on the show, signing to Atlantic Records halfway through her second season. Choosing to leave the show, Cardi soon had a chart-topping single on her hands. Through the whole 2017 and 2018, Cardi B dominated the year.

Her run continued early into 2019, where she delivered another top five single, but Cardi B soon cooled off. The social media antics keep Cardi in the spotlight, however. Recently, she was in Ghana, where fans and celebrities blasted her for missing a meet and greet, but Cardi claimed she was sick, sharing her IG Live of her on the toilet as proof.

More in Hip Hop News
DaBaby has been dragged on Twitter over his dancer, during #SNL performance, but Black Twitter came through for him in a big way, clowning the women who came for him, making racial white jokes
19-Year-Old Rising Houston Rapper Young Lyric Posts Photos With NBA Youngboy Calling Herself “NBA YoungGirl;” Will She Become Baby Mama No. 4? [PHOTOS]