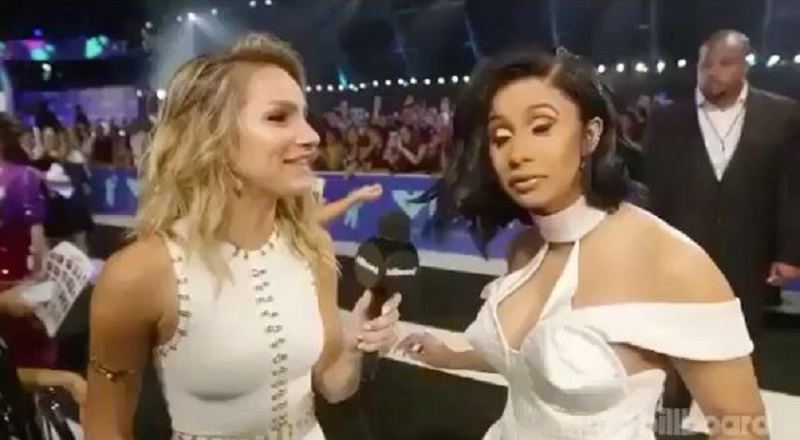 Until this year, Nicki Minaj has had uncontested reign as the top female rapper in the game. This is no disrespect to Lil’ Kim, who dropped a few solid projects in 2011 and 2013, but Nicki had it. Last year, Remy Ma returned to the spotlight, with music, and topped the charts.

Honestly, Remy Ma deserved more looks as the top female rapper, last year. But, momentum is on Cardi B’s side and she is the hottest female rapper out, for the foreseeable future. This doesn’t mean Nicki Minaj still isn’t out here doing her thing.

Cardi B has had the summer on smash, from performing in Las Vegas during Floyd’s match, to turning up the VMAs. On the VMA red carpet, she did an interview with Billboard. The question was about her having beef with Nicki Minaj and her face says it all, about that.