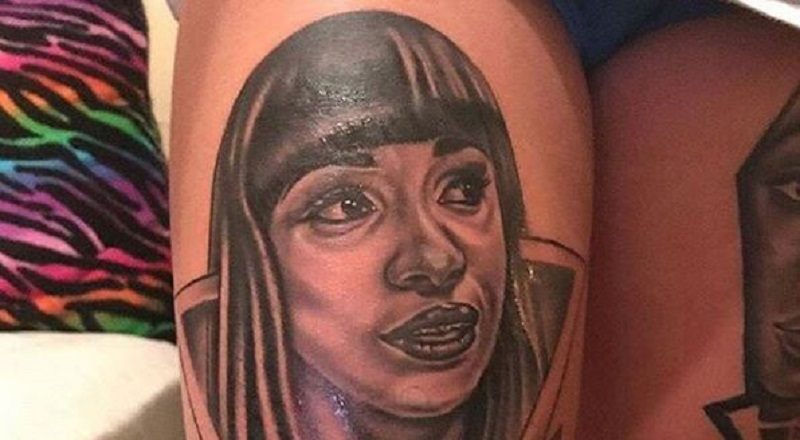 Cardi B took her popularity to VH1 and brought “Love & Hip Hop” back to life, at a time when it needed new energy. After her second, and final, season on the show, Cardi B announced her Atlantic Records deal. Now, she has the song of the summer under her belt.

Well before the TV show, Cardi B had a massive fan base that loved everything about her. Just read the old tweets from 2015, when she first joined “Love & Hip Hop.” One of these dedicated fans have dedicated her right thigh to Cardi B, getting a tattoo of her in that position.

More in Hip Hop News
HHV Exclusive: Maxwell tests his hip hop knowledge and gives hilarious answer at #BlackGirlsRock
The Onion came for Derrick Rose’s throat, this afternoon, when they included him on a list of celebrities who attend NBA games, poking fun at his long list of injuries [PHOTO]