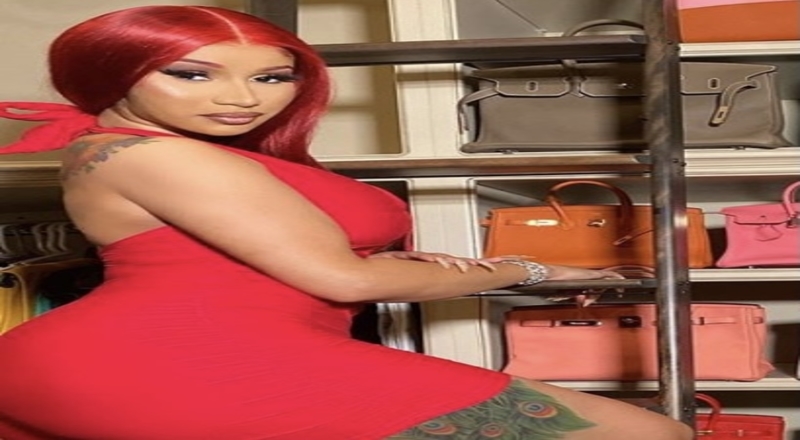 The Billboard Music Awards took place in Los Angeles tonight and it was headlined by Post Malone being nominated for 16 awards. Cardi B also joined in on the celebration as she won the award for Top Female Rap Artist.

Cardi was part of a competitive category as City Girls and Megan Thee Stallion were included. Cardi was quiet for nine months but then, in August, she released her new “WAP” single featuring Megan which debuted at No. 1 on the Billboard Hot 100 chart. It has since been certified 2x platinum.

WAP was not send in to be considered for the 2021 GRAMMYs, though. This was reportedly due to Cardi wanting to send it in for the following year as she is planning the campaign for her sophomore album. Her debut album, ‘Invasion of Privacy,’ was released back in April 2018. It has since gone on to be certified 3x platinum.

Cardi is also making headlines for appearing to getting back together with Offset, who she filed for divorce from last month. The two were seen kissing at Cardi’s birthday celebration in Las Vegas last weekend. He also gifted her a $330,000 Rolls Royce.

Continue Reading
You may also like...
Related Topics:BBMAs, cardi b