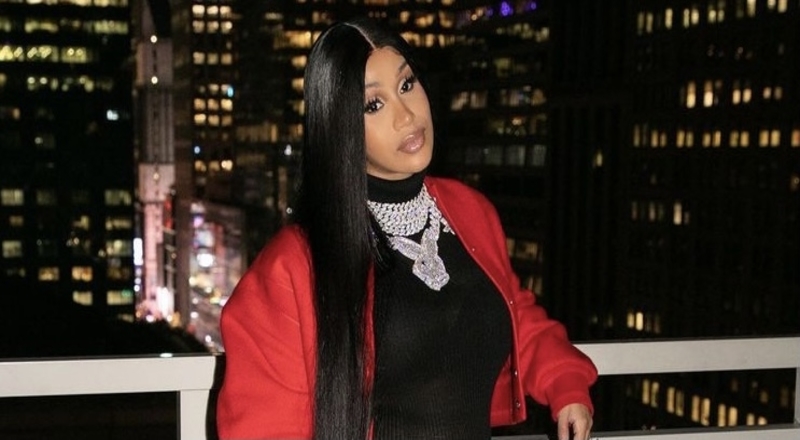 Cardi B has been a superstar in the music industry for four years now, as her momentum has been red-hot, ever since the “Bodak Yellow” single dropped, in 2017. Her music started to really pick up in 2016 though, after starring in “Love and Hip-Hop.” In early 2016, Cardi put out her “Gangsta B*tch Music, Vol. 1″ mixtape.

The man in the cover art, who has his head in between Cardi’s legs, while she drinks a Corona, has been suing her for a while. This is due to her using his likeness on this cover art, without his permission.

According to TMZ, this man is Kevin Brophy, and still wants $5 million in damages. He believes his life has been affected negatively, with the cover art. Now, Cardi is looking to get the trial date postponed.

TMZ added that Cardi believes the trial should be postponed, due to her recently giving birth to her second child, with Offset. Cardi would have to travel from NYC to LA, and believes that she should be with the newborn child instead. She also cited COVID concerns, while traveling. Cardi is looking to delay the trial by 75 days. A decision from a judge is still pending.

More in Hip Hop News
Busta Rhymes gives Ja Rule props, saying he won #Verzuz against Fat Joe, following epic beef they once had, and tells Rule he’s on his game tonight
Lil Wayne Gifts Mellow Rackz, an Iced Out Young Money Chain, at LIV, in Miami, After Signing Her to The Label [VIDEO]