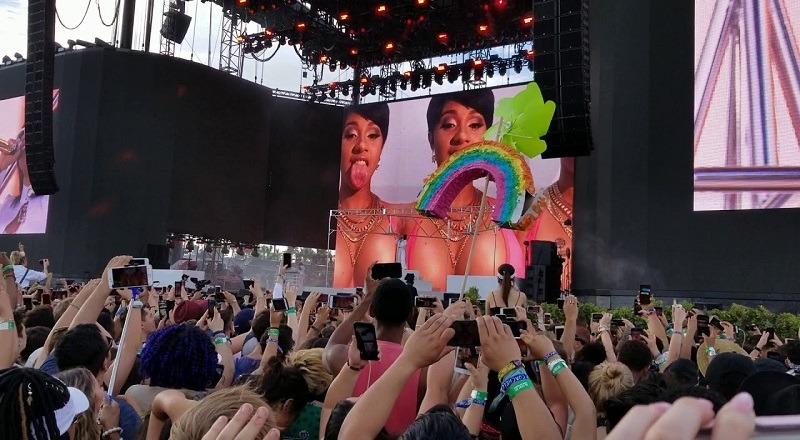 Artists like Cardi B don’t come along every day, she is definitely one of a kind. The Bronx femcee has been on an incredible run and her rise was something only a few people expected. Given the amount of radio play she gets, it was a welcomed surprise.

Cardi B was initially written off as a one hit wonder, even after her second single became a hit. There is no denying Cardi B, after the success of “Be Careful,” which has exceeded her last single. That song could very well be the summer 2018 anthem.

As she is preparing to welcome her first child, Cardi B made a business decision. She joined Quality Control’s management, the same label where her fiancé, Offset, is signed, both as a solo artist, and as one third of Migos. This deal has led to her former manager suing her for $10 million, according to reports.

More in Hip Hop News
Earn… You really wanna fight Tracy? #AtlantaFX fans roast Earn on Twitter after he tried fighting Tracy, on the ride back home … Tracy beat the sh*t outta Earn
Safaree goes off on Twitter rant, threatening to expose a person who keeps trying him, and fans think he’s talking about Meek Mill and Nicki Minaj