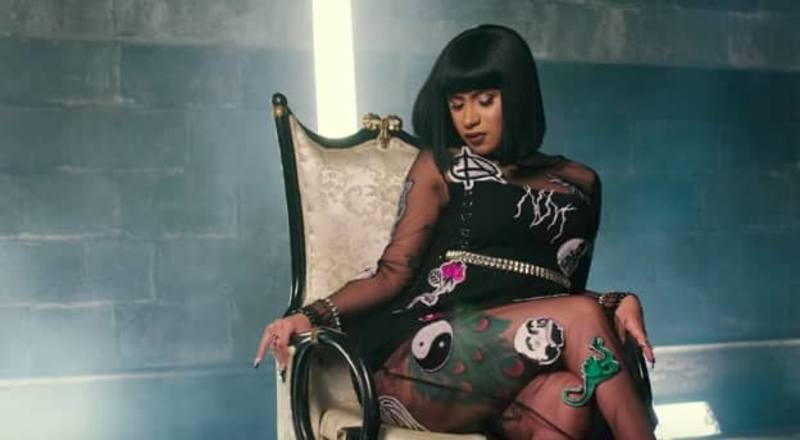 Cardi B’s reign in hip-hop over the past two years has been very impressive. She first rose to fame from her ‘Love and Hip-Hop New York’ days. She then transitioned to music and finally got her big break with her hit single ‘Bodak Yellow‘ in 2017. It began charting on the Billboard Hot 100 in July of that year and the only way was up from there.

Cardi went on to see her debut album “Invasion of Privacy” become certified 3x platinum by the RIAA in 2018. Records from that project began to chart heavily and she’s had at least one chart on the Hot 100 since 2017 when Bodak Yellow made an appearance in July of that year. 2018 also saw her “Money” single get certified 3x platinum. Now, the Billboard streak is officially over.
https://twitter.com/ThePopHub/status/1191670551259045888?s=20

Despite the impressive charting streak since 2017 coming to an end, Cardi has still seen plenty of success in 2019. Her ‘Please Me‘ single featuring Bruno Mars has been certified 2x platinum and ‘Press‘ has gone gold. Cardi also had a great acting debut in the movie ‘Hustlers‘ which released this fall and also starred Lizzo, Keke Palmer, and Constance wu. She recently revealed that her second album would be titled ‘Tiger Woods’ but has since backtracked on that. It is still set for a release some time in 2020.

Continue Reading
You may also like...
Related Topics:cardi b

More in Articles
Supa Cent allegedly had an encounter with Lou, at her warehouse, and had him removed [PHOTOS]
Pastor Wilson is at it again? Video goes viral of a woman stripteasing in a hotel room, and people say it’s Pastor David Wilson in the background #PastorWilson #PastorDavidWilson [VIDEO]