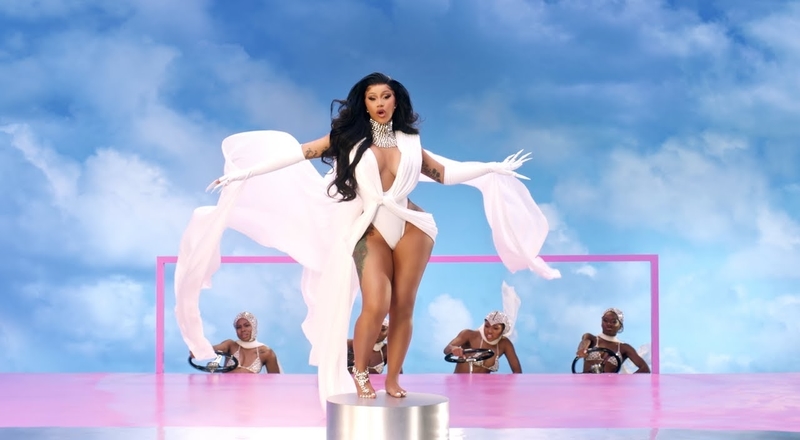 Over a week ago, Cardi B released her highly anticipated “Up” single. That was also her first solo single since 2019’s “Press.” The music video also went viral as fans praised the song along with the video’s creativity. Now, the final numbers are in for the Billboard Hot 100 chart positioning.

According to Chart Data, “Up” is No. 2 on the Hot 100. No. 1 goes to Olivia Rodrigo’s “Drivers License,” which has been at that top spot for five consecutive weeks now. It’s still a huge win on Cardi’s end though as she makes history once again.

Chart Data added that Up is the highest debuting solo track by a female rapper on the Hot 100 this century. It’s also the highest since Lauryn Hill’s “Doo Wop (That Thing)“. Cardi took to Twitter to thank fans and added that she is happy with Up’s result, even if it wasn’t a No. 1 hit.

“Just landed and my wifi back poppin .I want to say thank you to all my fans and supporters this is BIG for me .I wanted to beat my last solo single number & I over succeeded.First time a female rapper debut top 5 since Lauren.This is pop girl shit but I’m not pop. At the beginning of last week I was crying because one single post put my confidence down.She needs promo , she’s a flop, she needs help erasing the fact I been constantly winning.I had to brush it off remind myself I beat records wit my last record & now boom .Chart too high.”

Cardi also plans to fly 200 fans out to party with her and celebrate her wins once the COVID-19 pandemic slows down. She believes that she went through an underdog success story and she is celebrating the fruits of her labor now. At this point, fans of hers also wonder when Cardi’s sophomore album will finally be out. Hopefully, that will arrive sometime in the spring.