Home » Hip Hop News » Carlos Santana passes out at his concert, outside of Detroit, due to heat exhaustion; Is reportedly now “doing well” [VIDEO] 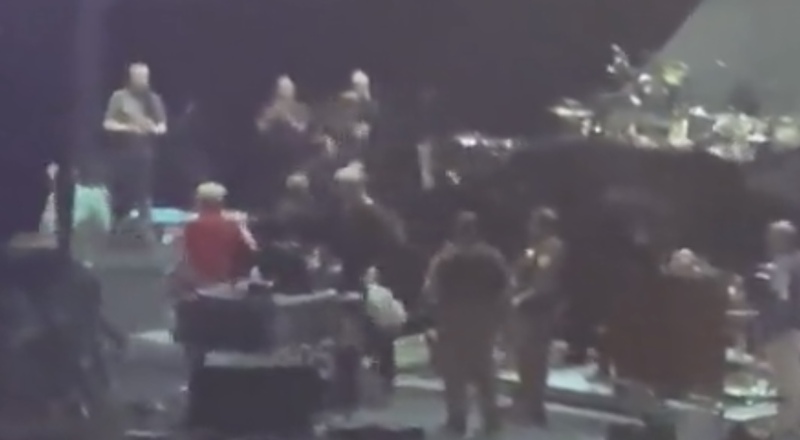 Carlos Santana is still regarded as a legend, all over the world. Currently, he’s venturing on his 2022 Miraculous Supernatural Tour. On Tuesday night though, Santana ran into a bit of a scare, regarding his health.

75-year-old Santana was performing outside of Detroit, at the Pine Knob Music Theatre, in Clarkston. During his show, he shockingly passed out, around 10PM ET. According to People, this was reportedly due to heat exhaustion and dehydration. Santana was carried off stage, but did wave to fans on the way out. At the time, Santana was performing his “Joy” single, before the collapse.

Santana was soon taken to the emergency department at McLaren Clarkston for observation and is “doing well,” according to a source close to the outlet. This has also resulted in Santana’s show for July 6, The Pavilion at Star Lake in Burgettstown, Pennsylvania, being postponed.

Earth, Wind, and Fire also joined Santana, outside of Detroit. Santana released his “Blessings and Miracles” album, in 2021. He also dealt with health problems that year, as well. Santana had an unscheduled health procedure, which resulted in him canceling multiple Las Vegas concerts.

Check out the aftermath of Carlos Santana passing out on stage, below.

#BREAKING Carlos Santana being treated by EMS after a “serious medical emergency” at #pineknob – audience asked to leave – and pray. pic.twitter.com/kdqd5yDxK7

Carlos Santana waved to clapping fans as he’s helped off the stage pic.twitter.com/YA55N4QCZe

Continue Reading
You may also like...
Related Topics:carlos santana, featured