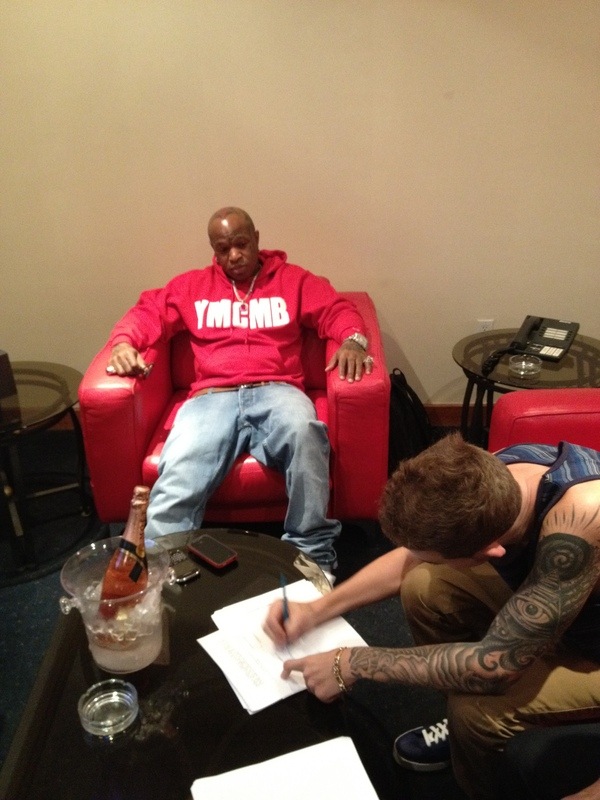 Suddenly, Orlando is at the forefront of the rap game. Such artists as Bezz Believe, Papa Duck, and Caskey are making noise in the mainstream hip hop circuit. Caskey has done well on the mixtape level, garnering attention from many major labels. In terms of popularity, Cash Money Records is the top hip hop label in the rap game and Birdman reached out to Caskey.

As evidenced in the photo on the left, the final result of their conversation was Caskey signing with Cash Money Records. In the time since Caskey signed with Cash Money, he has been all over the place. Numerous Orlando hip hop artists have said Caskey’s signing has cast a spotlight over the entire city.

On the latest episode of “Baking with Caskey,” however, the Orlando rapper followed the trail of popular NBA ballers, Shaquille O’Neal and Dwight Howard, heading to Los Angeles.