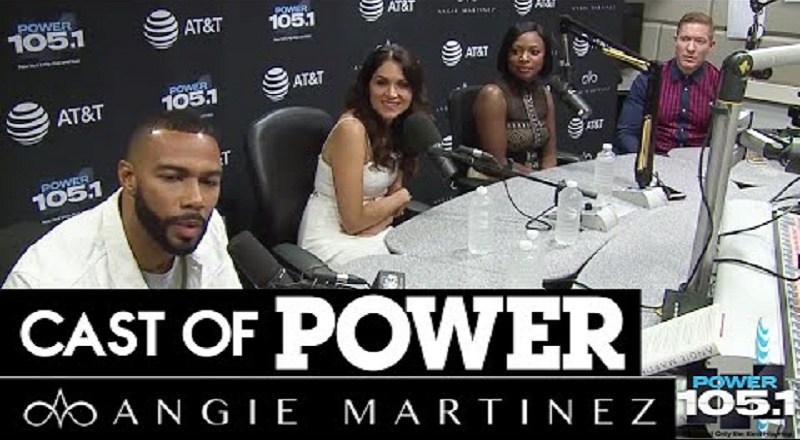 The show, “Power,” is so popular that millions of people ordered Starz to watch the show. Then, those who didn’t “found other ways” to watch the show. Still, “Power” won fans over, as Omari Hardwick delivered countless amazing performances on the show.

Hardwick’s Ghost is currently stuck between a rock and a hard place, with Tommy (Joseph Sikora) wanting him dead. Now, Ghost has Dre (Rotimi) as his right-hand man. Meanwhile, Angela (Lela Loren) is on the outs with Ghost, as is his wife, Tasha (Naturi Naughton).

Omari Hardwick, Lela Loren, Naturi Naughton, and Joseph Sikora stopped by Power 105.1 to speak to Angie Martinez. During the opening minutes of the interview, Hardwick spoiled that Kanan (50 Cent) survived. The cast went on to discuss other aspects of season three.