Home » Hip Hop News » Chaka Khan killed the National Anthem, but not in a good way, according to Twitter, as they say her Star Spangled Banner performance was on Fergie levels of bad, at the All-Star Game #NBAAllStarGame #AllStarGame2020 [VIDEO] 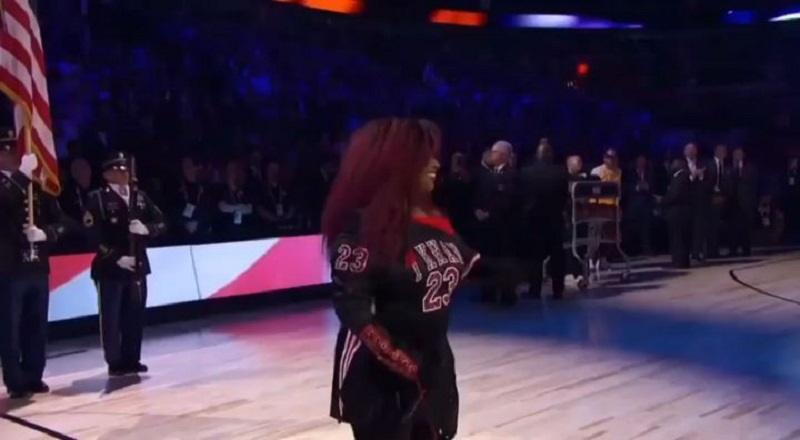 Forever, Chaka Khan is the crush of many men, and she is a pioneer in the music industry. Tonight, many people were ready to give her props for how young she looks. There is always the comment about how much Nicki Minaj looks like her.

But, instead, Chaka Khan got the attention of social media for all the wrong reasons. The general consensus is that Chaka Khan didn’t do so well, performing at the All-Star Game. She was brought onto perform the National Anthem.

Chaka Khan was immediately dragged by Twitter, but the fans were much kinder to her. Nearly everybody who tweeted let it be known that they actually love Chaka very much. But, that performance wasn’t it, with fans saying it was Fergie levels of bad.

Watch the entire performance and read the tweets below:

More in Hip Hop News
NeNe gets dragged by Twitter for being a toxic friend to Cynthia and not being able to take it when Cynthia claps back on her and tells it how it is to her; Fans also have smoke for Kenya #RHOA
Cynthia confronts Kenya for throwing her under the bus in Tanya situation (FULL CONFRONTATION) #RHOA [VIDEO]