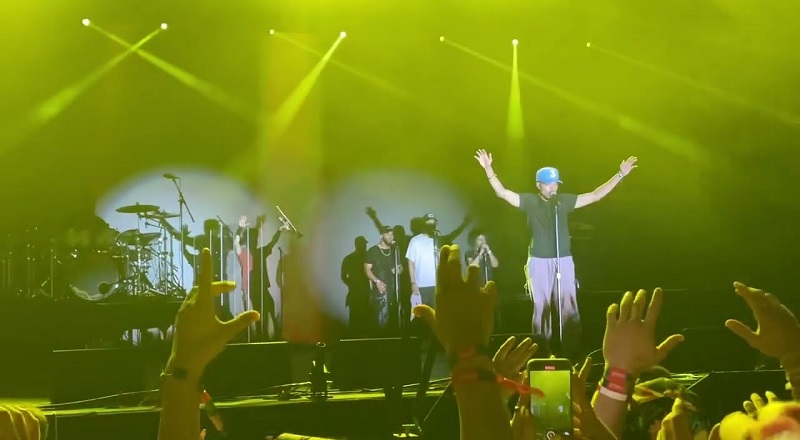 Chance The Rapper is one of the truly independent artists in the game. In 2012, he began gaining attention, as there was much focus on rappers from Chicago. Within a year, Chance The Rapper had a song out with Justin Bieber. After that, his own work began getting mainstream attention. In 2016, Chance scored a big hit with “No Problem.” Six years later, he is catching a lot of heat on Twitter over his likes.

Chance The Rapper presents himself as different from the other rappers. To that end, Chance really is different from the rest of the game. When Chicago Drill rappers were taking over the game, Chance emerged the same year. Even with Drill emerging from his city, Chance got on as a inspirational rapper. While he makes inspirational music, Chance is clearly not a gospel rapper. However, he does portray a wholesome, family man, image.

Chance The Rapper was trending on Twitter, this morning, after fans noticed his activity. There were several likes coming from Chance’s Twitter that showed him liking videos of transwomen. First of all, there is no evidence that Chance really liked the videos. Second, what he does is his business. Third, there is really a lot to unpack with all of this. With that being said, people on Twitter have been quick to jump to conclusions about Chance, over his Twitter activities.

More in Hip Hop News
Yung Joc accidentally sends $1,800 to wrong Zelle user, and doesn’t get response, when he asks for the funds to be returned to him
Akon admits to having hair transplant and says it only cost $7,500 in Turkey [VIDEO]