Home » Hip Hop News » Channing Frye hilariously addresses a Cavs fan who tells him to lead Cleveland back to the finals, telling them “it’s way too early to be drinking” [PHOTO] 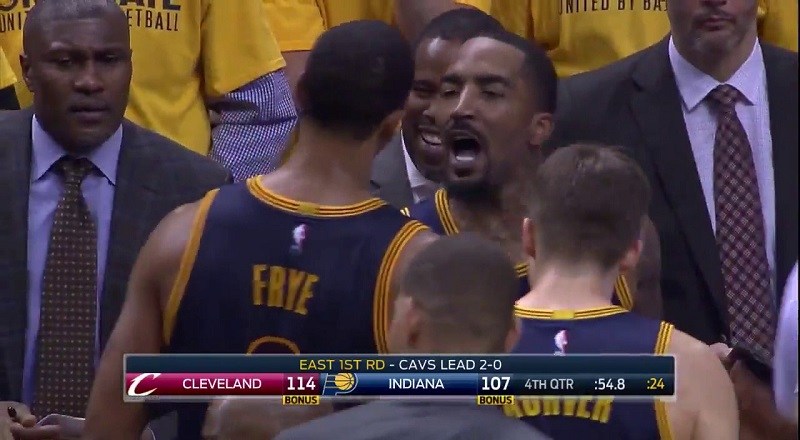 The Cleveland Cavaliers have come up with a major loss, following their 2018 NBA Finals losing sweep. Once again, their all-time franchise player, LeBron James left them for beach and sun. This time, he went to the West Coast, for the Los Angeles Lakers.

However, the Cavaliers did manage to acquire another former popular player. Not Kyrie Irving, but Channing Frye, who was playing for the Cavs, back in 2017, is back. The fans are happy to have him and one tried to hype him up.

One fan told Channing Frye to get ready to lead Cleveland back to the NBA Finals. If it were to happen, it would be their fifth straight Finals appearance, but the Cavs will be lucky to even make the playoffs. In light of this, Channing Frye told the fan “it’s way too early to be drinking.”

See the IG comments below:

More in Hip Hop News
Drake has left Cash Money Records, after being signed to the label over the past nine years
HHV Exclusive: Naturi Naughton talks returning to music, 3LW past, and #PowerStarz success