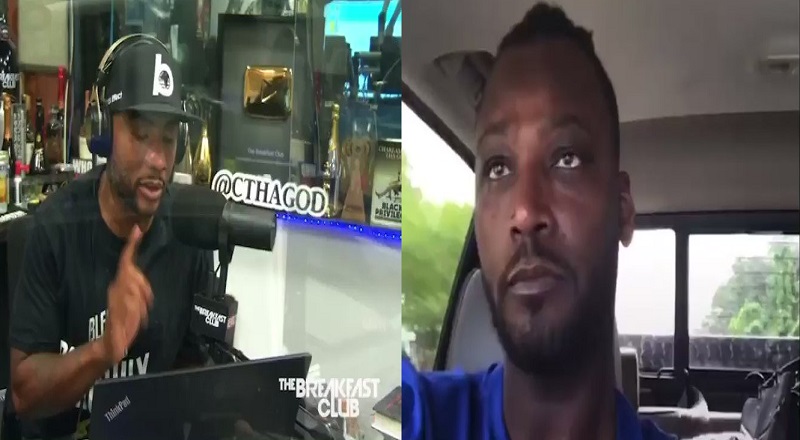 Charlamagne Tha God went on “The Breakfast Club,” telling people to leave Kwame Brown alone. Initially, it sounded like he was defending Brown, mentioning how they’re from the same area. But, then he goes on to expose family business, bringing up allegations of his brothers and father.

Kwame Brown took offense to Charlamagne Tha God repeating accusations made about his family. Because of this, he declared war, on “The Breakfast Club.” He called Charlamagne a “rapist” and accused DJ Envy of having a child outside of his marriage, which he keeps a secret.

Just posting this so my people can know that Charlamagne raped a 15 year old black girl.
IF YOU TALK THAT MY PEOPLE SHIT STOP SUPPORTING CHARLAMAGNE pic.twitter.com/HxDPhgmI7M

Twitter cut out the best part of Kwame Brown’s rant on Charlamagne tha God so here it is pic.twitter.com/3GhsxXFFLM

Read the tweets about Charlamagne and Kwame Brown below:

More in Hip Hop News
Enchanting ft. Coi Leray – “Freaky Deaky” [VIDEO]
Jazlyn Mychelle Shows Love For NBA Youngboy, By Making “Free You” Instagram Post, After He Asked Her Not To Leave Him While He’s Currently in Prison and as They Wait For Birth of Their Child