Home » Hip Hop News » Charmaine Cox-Ingram shares video of two white men assaulting a black man, forcing him to lay on the ground, in Hanes Mall, in Winston-Salem, North Carolina, accusing him of shoplifting; Security guards do NOTHING [VIDEO] 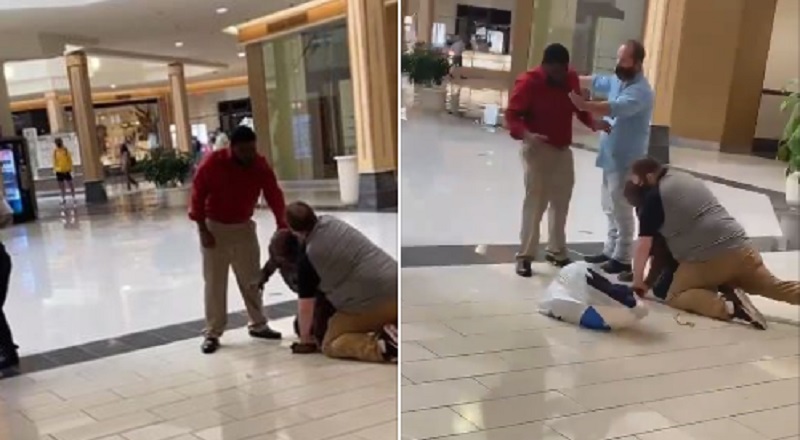 Even still, some refuse to acknowledge what is going on, here. In one of the most-progressive cities in the United States, Winston-Salem, North Carolina, a black man was profiled. Walking through the Hanes Mall, this man was accused of shoplifting.

With no actual evidence of this, a man was victimized. A day at the mall, likely to pick up something he needed, was completely ruined off an assumption. Even if the man had been shoplifting, the amount of force used was unnecessary.

Charmaine Cox-Ingram shared the encounter on her Facebook, via a video. The video shows two white men harassing a black man, one on top of him, forcing him to the ground, accusing him of shoplifting. As the man screams for the man to get off of him, he repeatedly says he didn’t steal anything, as the security guard stands idly by.