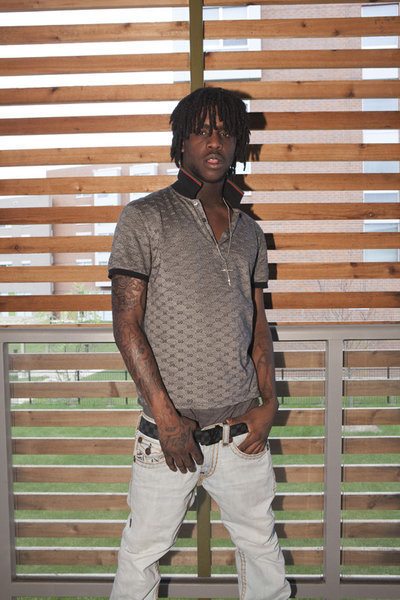 The hip hop world has been thoroughly impressed by Chicago’s new sensation, Chief Keef. Initially known as an affiliate of Soulja Boy, Chief Keef walked into the doors of Interscope Records on the strength of his breakout hit single, “I Don’t Like.” The song was remixed by many of the biggest rappers in the game, including Kanye West, who enlisted Pusha T, Big Sean, and Jadakiss for assistance.

By many, Chief Keef has been labeled an “energy rapper,” comparable to Waka Flocka Flame, who has expressed interest in working with him. Chief Keef’s story, more than his music, has impressed many of the biggest artists in the game and other figures. While Chief Keef is putting on for Chicago, he represents a much different demographic than fellow Windy City native, Lupe Fiasco.

Lupe Fiasco recently was asked about Chief Keef and he said he is afraid of the type of music the young rapper makes. The reason he was fearful of Chief Keef’s lyrics was because of the skyrocketing murder rate in Chicago, something Kanye West was been rapping about in his lyrics. However, Chief Keef has finally responded to Lupe Fiasco via Twitter.

In his tweet, Chief Keef says “Lupe fiasco a hoe ass nigga And wen I see him I’ma smack him like da lil bitch he is #300.” Chief Keef says this in spite of Lupe Fiasco frequently stating he has no problem with Chief Keef, only the content of his lyrics. While Chief Keef threatening Lupe Fiasco, a man nearly twice his age, was unsettling, it was nothing compared to his other actions. Earlier today, Lil Jojo, a former friend and now a rival of Chief Keef died, and Chief Keef made posts on Twitter reading “Its Sad Cuz Dat Nigga Jojo Wanted To Be Jus Like Us #LMAO” and “hahahahahhahahahahahahahaahhAAHAHAHAHA #RichNiggaShit.”