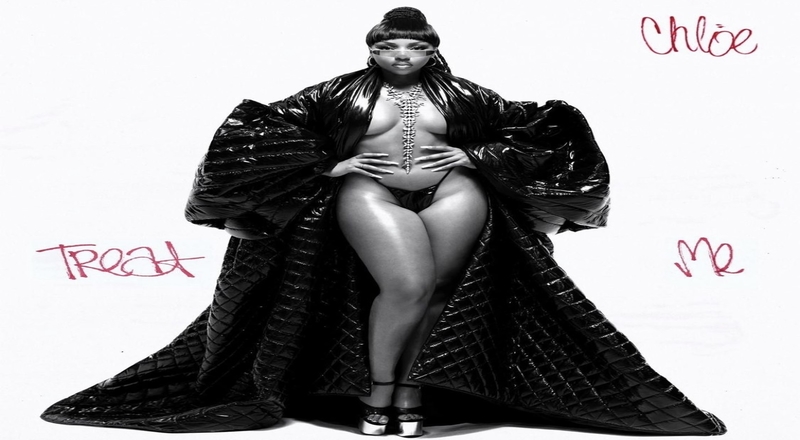 2021 saw Chlöe Bailey have a successful start to her solo music career. Her “Have Mercy” single did very well, when released in the fall. It peaked at number 28 on the Billboard Hot 100 chart, and and is certified gold in the US. She went on to perform this record at various award shows as well, such as the MTV VMAs.

Now, Chlöe’s first solo single of 2022 is arriving soon, as well. She just took to her social media feeds, to announce that “Treat Me,” will be available on April 8. She unveiled the cover art as well, where it is a black and white photo, with Chlöe in a huge black jacket, as it covers her with no top on. She also sports a pair of black heels.

Many anticipate that Chlöe may be releasing a soli album at some point in 2022, as well. She is still making music with her sister, Halle, though. The two last released an album back in 2020, with “Ungodly Hour.” That project was led by the smash hit single, “Do It.” Ungodly Hour went on to peak at number 16 on the Billboard 200 chart.

Continue Reading
You may also like...
Related Topics:Chloe Bailey, featured, treat me

More in Hip Hop News
Will Smith was reportedly not asked to leave Oscars, after slapping Chris Rock
Wiz Khalifa says during his concert, that anyone who tries to slap him, will get shot [VIDEO]