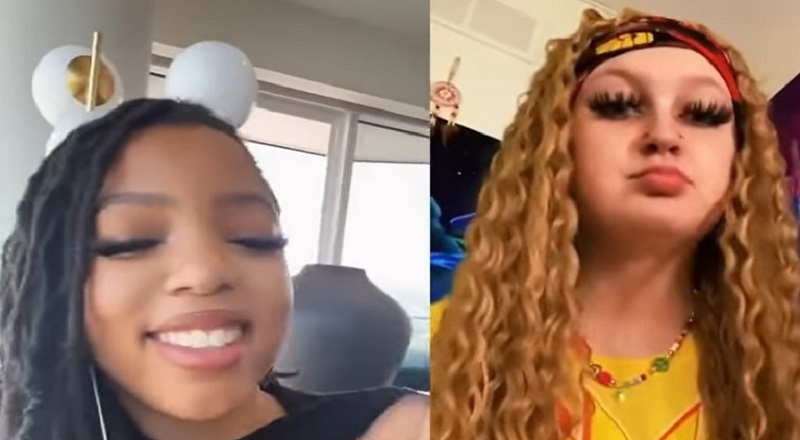 Chloe Bailey has risen to become a force in the game. A lot of people overlook how Chloe and her sister, Halle Bailey, are actually veterans in the game. Last year, Chloe emerged into superstardom. As a result, some fans are upset that she is using that capital to join the “Period Ahh Period” craze.

Chloe Bailey, like the rest of social media, watched this girl go viral. A white woman, she had her hair done similarly to how a lot of the current era of Black female rappers do their hair. In addition, she used City Girls’ popular phrase, “period,” to rap repeatedly. Initially, social media found it funny, but now they are accusing the woman of mocking Black women and Black culture.

Chloe Bailey was not the first member of the hip hop community to jump on the remix. However, she is the first person to harmonize over the viral TikTok video. While Chloe got praise for being able to make anything into a hit, she also received backlash. There were fans who put Chloe on blast for remaking this song, as they feel the girl was mocking Black women. As a result, they are trying to blame Chloe if this young lady actually launches a successful career.