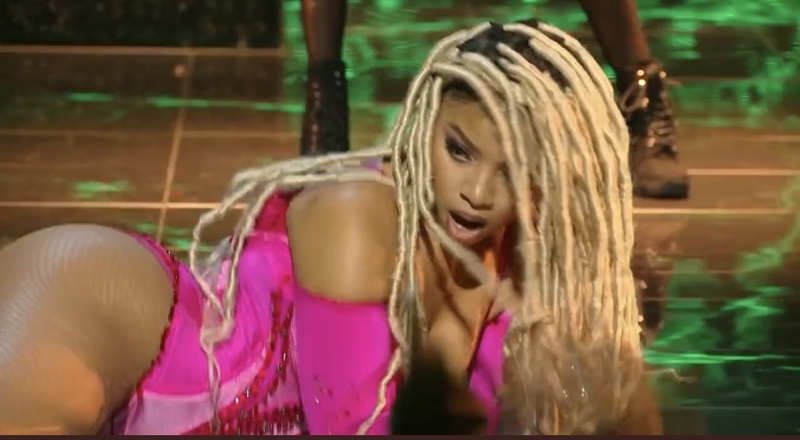 A few days ago, Chloe Bailey released her highly anticipated debut solo single, “Have Mercy.” Many have been impressed with her work in songs with her sister, Halle, as well as song covers she’s been doing, this year. The video for Have Mercy was also released as fans loved the performance, and sex appeal, by Chloe.

On Sunday night, Chloe performed Have Mercy, for the first time, at the 2021 VMAs. This went down at the Barclays Center, in Brooklyn.  Fans on Twitter also loved the show that Chloe put on, as they say she “ate” the entire thing, as they can tell that she’s an artist, signed to Beyoncé.

As far as a potential solo album, that could potentially be in the works, due to high demand. In 2020, Chloe and Halle released their second studio album, “Ungodly Hour.” That debuted at number 16, on the Billboard 200 chart.

Check out Chloe Bailey’s “Have Mercy” performance, at the 2021 VMAs, along with the music video, below.

Continue Reading
You may also like...
Related Topics:Chloe Bailey, featured, have mercy, VMAs

More in Hip Hop News
Doja Cat and SZA’s “Kiss Me More,” Wins Best Collaboration, at #VMAs
Fans on Twitter remember Madonna had her booty done, after she opened the #VMAs [VIDEO]