Home » Hip Hop News » Chris Brown hangs out with Jasmine Sanders, Terrence J’s ex, posting her on his IG Story in boo’d up pose, as rumors persist that he and Ammika just had a baby; Chris says they are FRIENDS [PHOTO] 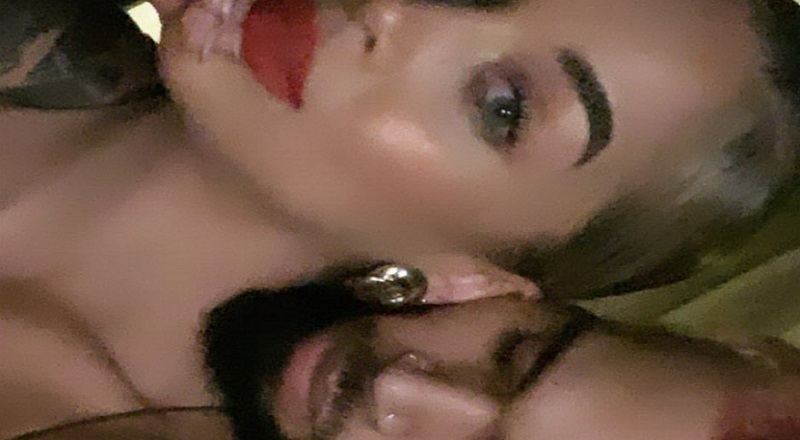 Given how he continues to dominate R&B, no artist has ever had a run like Chris Brown has. It’s often taken for granted, but Chris Brown drops a major hit single, every year. Currently, he is still dominating the radio with “No Guidance,” featuring Drake.

Outside of the music, Chris Brown is known for the women he’s had in his life. One both he and Drake were heavily associated with was singer, Rihanna, whom many believe their beef was over. But, Chris moved on with Karrueche, but they split after she learned of his child.

Chris Brown has since been rumored to be with various women. There are rumors of Chris Brown and Ammika having a baby boy, which neither of them have confirmed. Last night, Chris Brown posted himself with Jasmine Sanders on his IG Story, but made it clear that they’re just friends, and she told him to get off her, after they took the pic.

More in Hip Hop News
Syleena Johnson shows off her jacked, muscular, body, as she’s now heavy into fitness, and competed in a competition this weekend
PnB Rock reveals his girlfriend, @yiminx, is pregnant in sweet video of him kissing her stomach, as the two are expecting a baby girl [VIDEO]