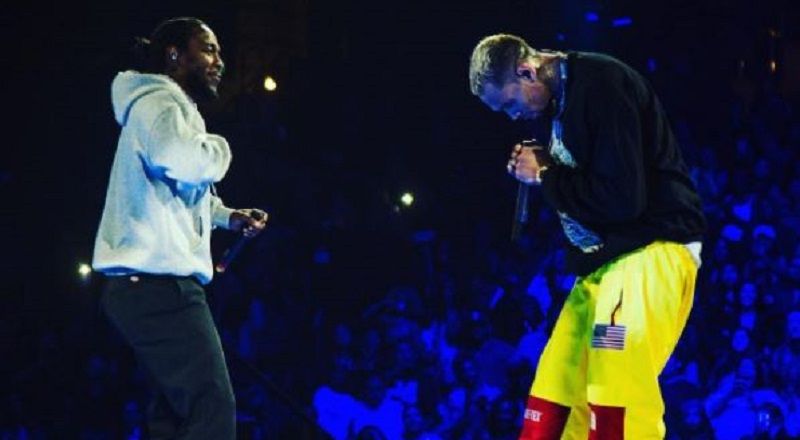 After a silent 2016, Chris Brown is back to work in a major way. His new album is coming and “Privacy” is finding its way to becoming a major radio hit. When it comes to hit records, Chris Brown knows a little something about that.

Chris Brown has gone on an impressive streak since 2010, when he offered “Deuces.” This was followed by “No BS,” “Look At Me Now,” and “She Ain’t You.” That opened the door for official discussions about a legend in Chris Brown, even at that young age.

Social media has definitely changed the way numbers are counted and certifications are given. After reaching 10 million subscribers, Chris Brown was given a diamond plaque by YouTube. He also performed in Los Angeles, last night, and he brought out their lyrical leader, Kendrick Lamar.

More in Hip Hop News
Luenell wins the #BowWowChallenge with her latest Instagram post, this one would’ve broken the internet LOL [PHOTO]
Luscious (Lucious) got rid of Thirsty for Giuliana? Yeah, #Empire fans want Cookie to kick her a**