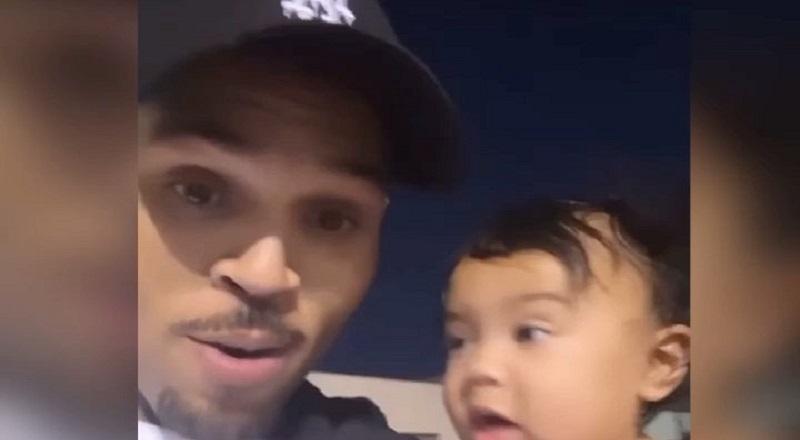 Chris Brown shares video of himself with newborn daughter

Chris Brown is fresh off the release of Breezy. With this being Chris Brown’s tenth album, many are saying it is his best one. At seventeen years in the game, Chris Brown has reached heights very few artists have seen. When it comes to hits, Chris Brown is in rare company.

Chris Brown recently appeared on “Drink Champs,” where he discussed his new album. Also, Chris Brown spoke on almost every other topic. What Chris Brown did not shed much light on was his fatherhood. However, Chris Brown did mention his kids being in his home.

Chris Brown recently welcomed the birth of his third child, Lovely Brown. The famed singer shares a child with Diamond Brown, the high profile model. While Chris and Diamond share a last name, they are not married. However, Chris Brown remains committed to all of his children. With Lovely Brown being the newborn, Chris is giving a lot of his focus to her. Plus, Lovely Brown is the baby of the crew. Yesterday, Chris Brown shared a video of himself with his youngest child, Lovely, where they were having fun.

Chris Brown shares video of himself with newborn daughter

More in Hip Hop News
Giveon says he once sang for SZA, when he used to work at Bubba Gump Shrimp Company, before his fame [VIDEO]
Drake and NBA Youngboy are the top two most streamed artists in the US, in 2022, so far