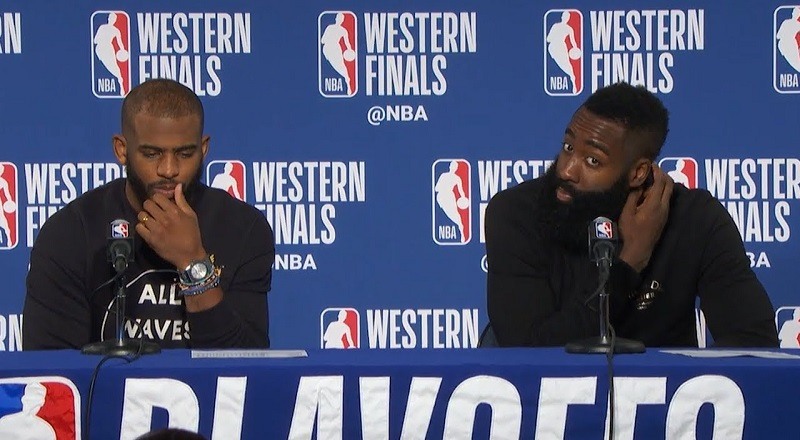 In the case of the Houston Rockets, they were facing two different realities. Coming into last night’s game, the Rockets could have gone down 3-1, needing to win at home. At the same time, they could’ve stolen one at Oracle, and have the advantage, going home.

Last night was a game of runs, as Golden State jumped out to a 12-0 lead, but was trailing by halftime. Houston built their lead, but found themselves down big, again, in the third quarter. Then, towards the end of the game, they found themselves trying to hold off a surging GSW.

After the game, Chris Paul and James Harden sat down with the media to discuss their win. The two talked about the goals they set, coming into the season, and how it all executed, in Game 4. Afterward, Harden spoke on the difference between this team, playing the Warriors, and the 2015 that played them.