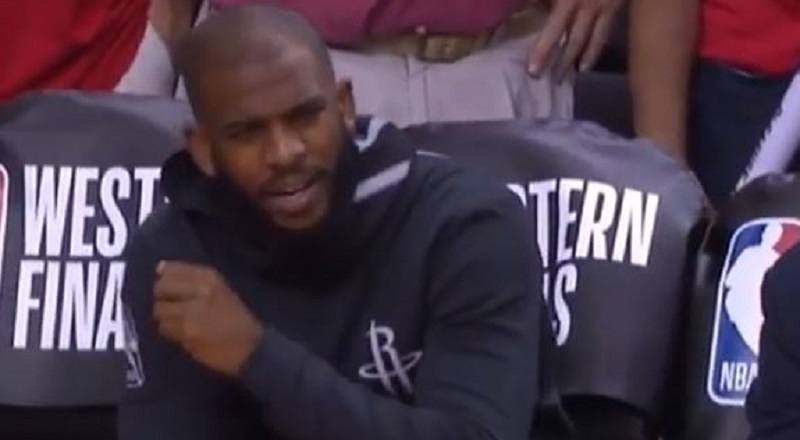 Imagine being as good as Chris Paul, but your team always comes up short. Like, invents a new way to lose, each year, and then you being injured in two of the past three years. Whether it’s the Hornets that renamed to Pelicans, Clippers, or Rockets, it’s the same story.

Chris Paul wants to win, and he deserves to, because he’s more than good enough. But, it seems like there is always somebody just a little bit better to stop him. Ironically, the last time he faced Steph Curry in the playoffs, he won, and he might would’ve, again, if he was able to play.

Even people who don’t like CP3 had to feel bad for him, because he didn’t even play, because he was injured. While he was gone, Game 6 saw the Rockets not just blow a 17-point lead, but lose by 28. Then, Game 7 saw them blow a 15-point lead, and fall behind by 10, before losing by 9, so he punched TF out of that seat.