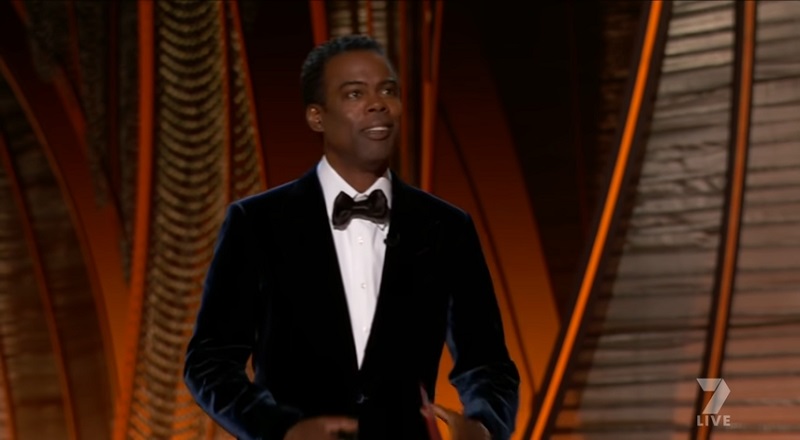 Chris Rock was at the center of 2022’s first viral moment. As the host of the Academy Awards, Chris Rock was telling jokes. Being a comedian, Chris Rock was doing his job. A joke where Chris Rock mentioned Jada Pinkett Smith led to Will Smith slapping him, though. Prior to Will going on stage, he also laughed at Chris Rock’s joke.

Chris Rock and Will Smith were friends, prior to this incident. As a result, Chris Rock thought he was not being offensive when he made his joke about Jada Pinkett Smith. When Rock told the joke, Will laughed, meanwhile Jada’s face was cold. After that, Will took to the stage.

Chris Rock went on with the show, turning the slap into a joke. Will Smith, meanwhile, apologized to everyone but Chris, during his acceptance speech. After that, Will released a statement, where he apologized to Chris by name. Last month, Will did a video where he officially apologized to Rock, along with his brother, and their mother. Still, Chris Rock has not accepted the apology. Recently, Chris went as far as calling Will ugly and accused him of impersonating a perfect person for thirty years.

More in Hip Hop News
NBA Youngboy’s manager says that Youngboy will go on 30-date tour, starting in Chicago [VIDEO]
Tiffany Haddish is accused of sexually abusing a 14 year old girl in 2013 and faces a lawsuit