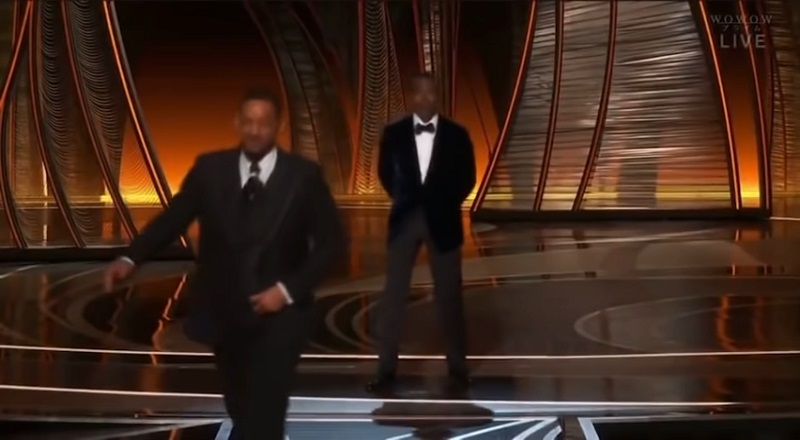 Two weeks ago, Chris Rock was presenting an award at the Oscars. Chris Rock is a comedian and he cracked a joke about Jada Pinkett Smith. Rock didn’t directly mention her hair, but he did mention G.I. Jane. Of course, “G.I. Jane” is a bald female character.

However, it became clear Will Smith was not playing, when he began shouting and cursing. Chris Rock was clearly caught off guard, as he said “wow, it was a G.I. Jane joke.” Repeatedly, Will Smith told Chris Rock to keep his wife’s name out of his mouth. Finally, Chris Rock said he would, and he continued with the show. After initial Chris Rock backlash, Will Smith has faced most of the backlash. Yesterday, Will Smith was banned from the Oscars for ten years. Chris Rock did another comedy show and he told the audience that he’s not speaking on the Will Smith incident until he’s paid to.