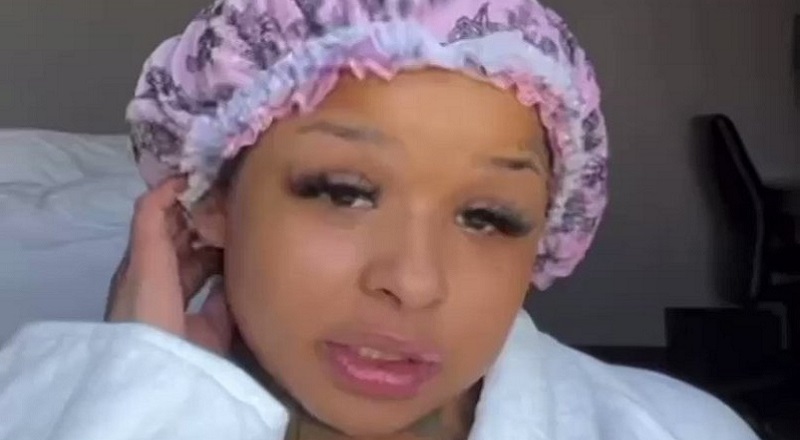 Chrisean Rock claims she lied about Blueface beating her

Chrisean Rock has spent the past two years being one of social media’s most discussed stars. In the 2000s, there was the trend of people becoming “famous for no reason,” due to reality TV. Nowadays, there are people doing the same, just via social media. Unfortunately, Chrisean Rock is getting famous for her unhealthy romance with Blueface.

Chrisean Rock is known for getting into high profile fights in the two years she’s been known. In addition, she has participated in the “Baddies” reality show on the Zeus Network. As a result, Chrisean sees her name trend on Twitter on a near daily basis. Again, it’s unfortunate that her name is never associated with anything positive.

Chrisean Rock began trending, over the weekend, when she went live on Instagram. In her video, Rock showed her swollen and bruised face. When she spoke on it, Chrisean said that Blueface did this to her. As a result, social media came for Blueface in a major way, in an attempt to cancel him. Now, only a day later, Chrisean Rock is back on Instagram. This time, she is denying Blueface ever put a hand on her. Instead, she said she was going through a mental breakdown, and this is the only reason she even went Live in the first place.

Chrisean Rock claims she lied about Blueface beating her