Home » Hip Hop News » Chrisean Rock steals Blueface’s phone and leaks explicit video of them together, after discovering he cheated on her again 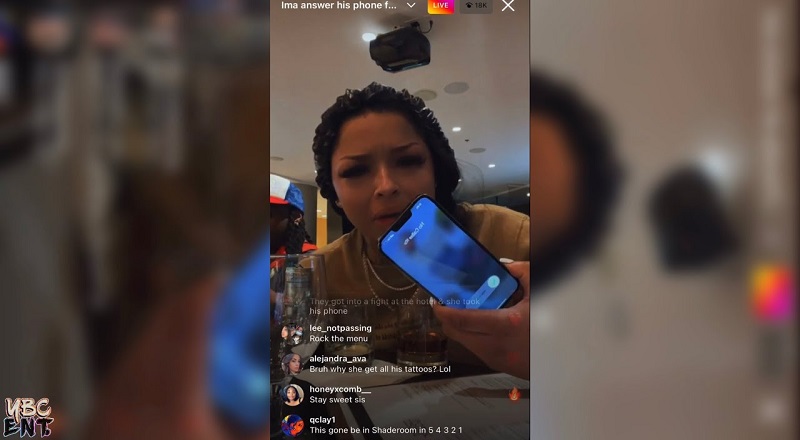 Chrisean Rock leaks explicit videos of her and Blueface

Chrisean Rock and Blueface have had a very unhealthy relationship. During the 2020 lockdowns, Chrisean Rock rose to fame. At the time, Blueface was fresh off his number one hit single. He spent his time in quarantine with several women in his mansion. These ladies physically fought each other for Blueface’s affections and Rock Head won.

Chrisean Rock has put herself through a lot for the sake of winning Blueface’s heart. Early on, Chrisean Rock was sent to the hospital, after an altercation over Blueface. After that, Rock Head got into an altercation with both Blueface’s sister and mother. Then, this year, she repeated these situations, losing a tooth in the process.

Chrisean Rock ended up breaking up with Blueface, over the weekend. After all of the drama she went through, Rock Head said that she is now 100% single. All year, people have been telling Chrisean Rock that her relationship with Blueface was toxic. This weekend, Chrisean Rock went through Blueface’s phone and found he was still cheating on her. As a result, Rock decided to go through his phone. First, she leaked a photo of his child with Jaidyn Alexis. After that, she began leaking private, intimate, videos of her with him.

Chrisean Rock leaks explicit videos of her and Blueface

More in Hip Hop News
Streets Soprano – “Strength of Loyalty” [VIDEO]
GloRilla’s “Tomorrow 2” single, with Cardi B, debuts at number nine in US