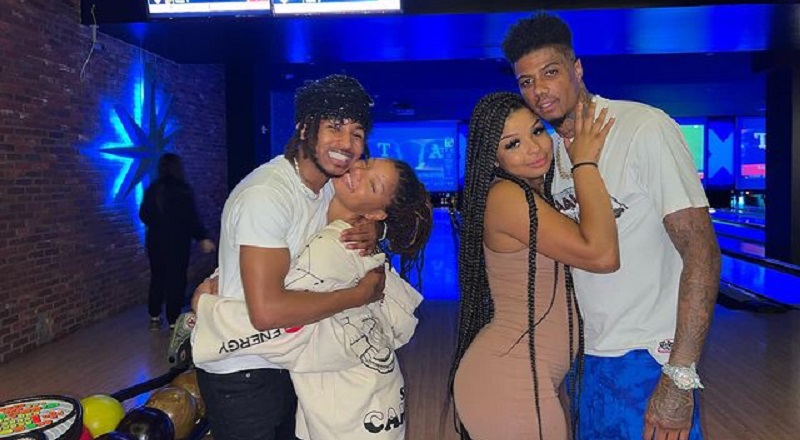 Chrisean Rock has become one of the most controversial names on the internet. It seems as if Chrisean Rock has risen the ranks to become Blueface’s top girlfriend. As many remember, during the pandemic, Blueface moved several women into his home.

Chrisean Rock and Blueface went on a double date with Halle Bailey and DDG, meanwhile. After the double date, Chrisean Rock posted photos of their time together. Many fans noticed Chrisean Rock’s stomach looking a little big. As a result, fans are now thinking Chrisean Rock is pregnant. On both Twitter and Instagram, fans are speaking on this.

More in Hip Hop News
Flo Milli and Dreezy celebrate their Rolling Loud performances, as they host NTWRK x Galore party in Miami, with J Mulan [PHOTOS]
Mase gets dragged on Twitter for signing Fivio Foreign to $5,000 deal; Fans say Mase is just as bad as he claims Diddy is