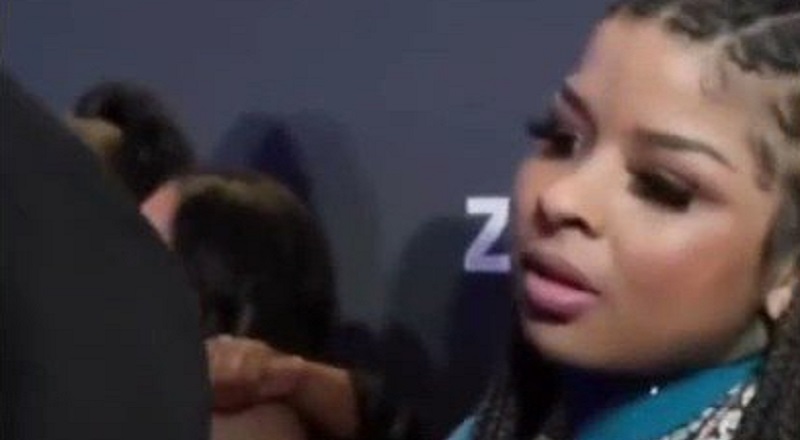 Chrisean Rock is often at the center of controversy. Recently, she announced she was pregnant, and Blueface said the child is not his. After announcing her pregnancy, Rock got into an altercation with some women in the middle of the street. When Chrisean Rock spoke out, she said she was not actually involved. Instead, she was trying to calm things down. However, on the red carpet, she was all about action, when she saw her old stylist.

Chrisean Rock initially rose to fame, in 2020, during the quarantine. When the world was locked down, the rapper, Blueface, brought “Bad Girls Club” back to life in his own mansion. As a result, he had many girls living with him in the house. Blueface would take to IG Live, filming the girls. Quickly, Chrisean Rock became a fan favorite. Of all of the girls, she was the wildest one. While Blueface loved her for that, Rock would eventually disrespect his mother and sister.

Chrisean Rock is accused of getting involved in three altercations over the weekend. As previously stated, Rock said she was trying to keep the peace in one of the other situations. However, in this situation, Rock was clearly the aggressor in the situation. She was on the red carpet for her show on Zeus Network and she saw a woman who used to work as her stylist. Upon seeing her, the pregnant Chrisean Rock threw hands with her, connecting on one.

More in Hip Hop News
Drake confirms that tour with 21 Savage is coming this summer
SZA’s “SOS” becomes first R&B album this century, to spend its first six weeks at number one on Billboard 200 chart