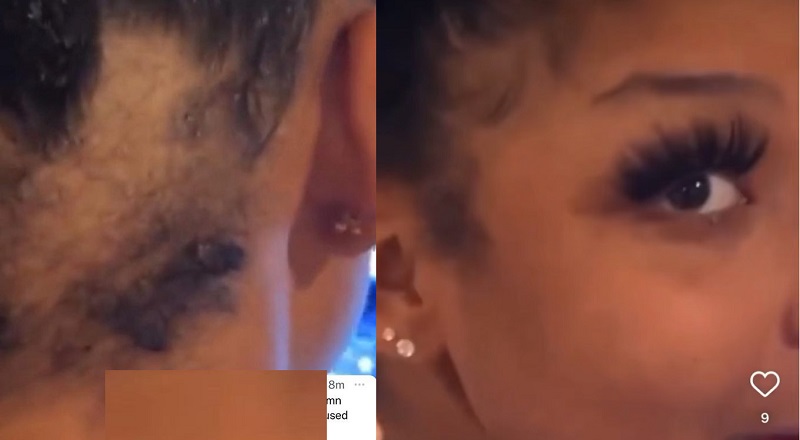 Chrisean Rock tells Blueface he gave her a bald spot

Chrisean Rock has a dysfunctional relationship with Blueface, to say the least. In 2020, Chrisean Rock, then known as “Rock Head,” rose to fame. After an altercation with another woman in Blueface’s home, he took her to the dentist.

Chrisean Rock moved into Blueface’s mansion in 2020. As most remember, during the lockdowns, Blueface began sharing videos on IG Live of girls in his home. This was Blueface’s own kind of reality show. The ladies in the house often fought and Chrisean Rock normally won.

Chrisean Rock has been wanting Blueface to claim her as his girlfriend. When Blueface finally did, Chrisean Rock took to Twitter to express her excitement. However, while this was going on, Blueface welcomed the birth of his child with Jaidyn Alexis. As a result, people watching on social media have encouraged Chrisean Rock to move on and to focus on herself. Despite this, she continues in the dysfunctional relationship.

Chrisean Rock tells Blueface he gave her a bald spot