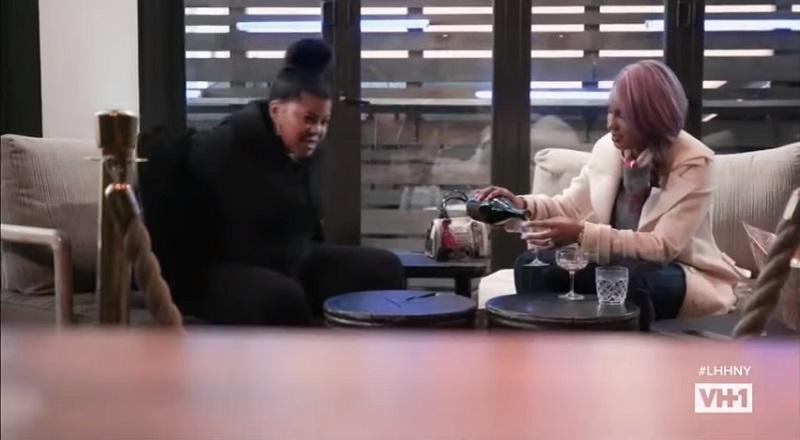 Tonight’s episode of “Love & Hip Hop” saw Olivia return to the show for the first time since 2012. Quite a bit has changed, since season two, but Chrissy Lampkin is still the same. More focused on business and over marrying Jim Jones, Chrissy has forgotten nothing.

Admitting she lost contact with many “friends,” Chrissy and Olivia haven’t seen each other in years. On her side, Olivia was dealing with the loss of her mother, and other personal issues. However, she did do some acting, meeting some success.

Whatever the case, there was a lot to rehash, when Chrissy and Olivia reunited. Cutting right to the chase, Chrissy called Olivia out for saying she was in the wrong for the Yandy beef, which Olivia tried to play off. A lot of fans picked up on the tension and the shade, when Chrissy said she loved Olivia’s voice, not mentioning her music.

Read the tweets about Chrissy and Olivia below: