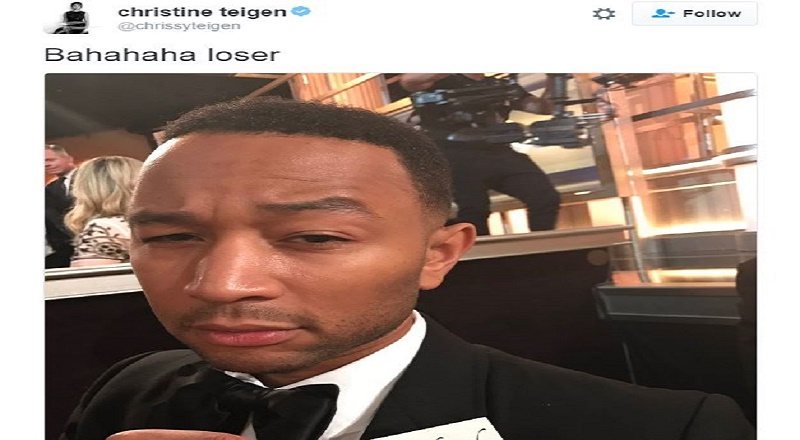 Recent years have seen the world truly come to appreciate John Legend and the acclaim he’s getting is allowing him to live up to his last name. As much as fans seem to hate Kanye West, they can appreciate that he brought him into their lives. But, tonight was all about John, himself.

John Legend has put in a silent thirteen years in the game and was in the background much longer than that. Before his 2004 debut, John was in the “Slow Jamz” video with Twista, West, and Jamie Foxx. He even provided additional vocals.

With all of that work, John Legend still came up short at the Golden Globes. His name, John Legend, was spelled “John Ledgend,” which Chrissy Teigen, his wife, had so much fun with. Following suit, so did the fans on Twitter.