Home » Hip Hop News » Christian Combs aka King Combs gets into car accident, on Sunset Blvd., in LA, after man crashes Tesla into Combs’ Ferrari, leaving him with injuries, treated on the scene, and the man arrested for DUI [VIDEO] 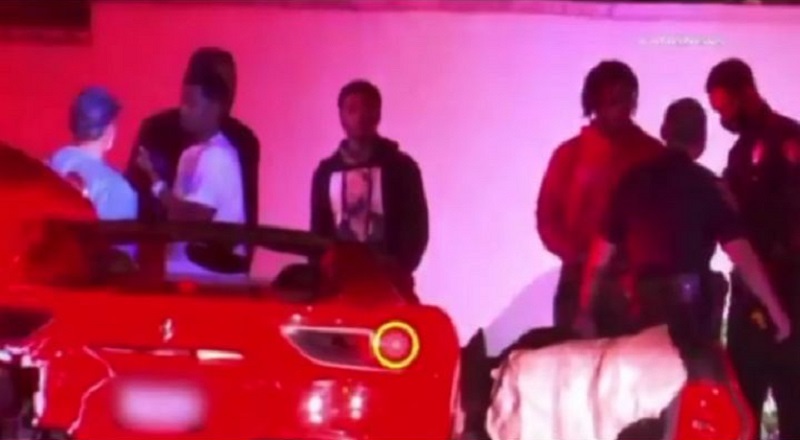 These past few years have seen Christian Combs step out and begin to do his own thing. Not only is he into high fashion, he is no slouch, in the rap game. As King Combs, he has delivered some dope projects, a classic summer single, and some standout features.

While blazing his own trail, Christian is definitely a Combs, looking just like his father. Vocally, he also sounds an awful lot like him, on a lot of his records, too. But, this generation solely knows him for his own work, and not for his family’s connections.

Christian “King” Combs was on Sunset Blvd., this morning, driving his Ferrari, when a drunk man driving a Tesla crashed into him. This crash left Combs with minor injuries, which were treated on the scene. The other driver, meanwhile, was arrested, and given a DUI.