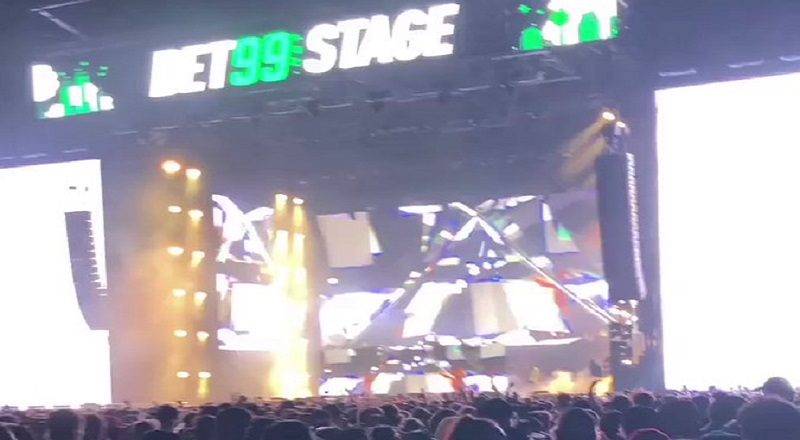 Chromazz booed and hit with toilet paper at Rolling Loud

Chromazz is one of the most popular artists on the Toronto scene. However, she began her career as a model, and a social influencer. Like most rappers, in this current era, Chromazz used this to launch her career in music. As a result, Rolling Loud booked Chromazz to perform. However, when she took the stage, fans expected someone else.

Chromazz has significant buzz, in and out of Toronto. As a result, she has ties to Drake, who is the biggest star to ever emerge from the city. However, when it comes to the music, Chromazz is best known for calling Megan Thee Stallion out, in 2020. Due to Chromazz having ties to Tory Lanez, she dissed Megan Thee Stallion.

Chromazz found herself at odds with her home crowd, in Toronto. While she was booked to perform at Rolling Loud, Chromazz came out ahead of schedule. Originally, her performing time was allotted to Ski Mask The Slump God. As a result, fans expected him to come out, instead of her. So, Chromazz was met with negative reactions when she began to perform. In an effort to calm the crowd, she began to twerk. After that, Chromazz found herself being hit with trash. In turn, she began to curse at the crowd, and then attempted to fight the crowd.

Chromazz booed and hit with toilet paper at Rolling Loud

#WATCH: Toronto artist Chromazz was booed during her set at Rolling Loud pic.twitter.com/JeUSEFh6lb

More in Hip Hop News
LAPD chief says PnB Rock’s Instagram posts may have led to his murder [VIDEO]
Nicki Minaj files lawsuit against blogger Marley Green aka Nosey Heaux, after calling Nicki a “cokehead,” and saying her son will be a rapist