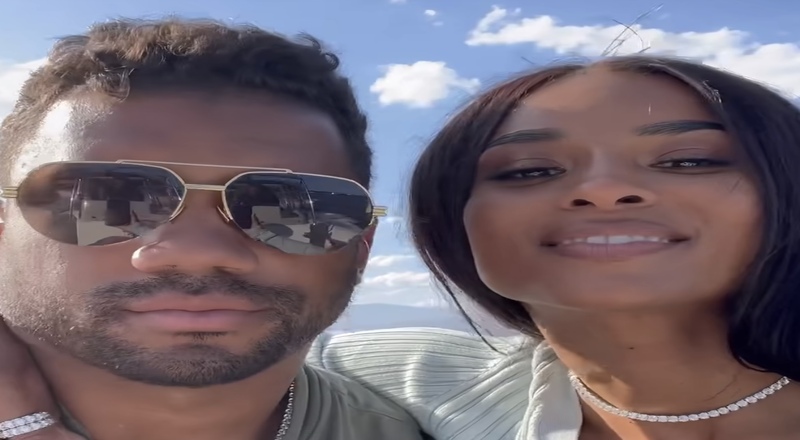 Russell Wilson and Ciara have been one of social media’s favorite couples, since 2015. The two got engaged back in March 2016, and got married that summer. Ciara and Russell have two children together, as their other child is from Ciara’s relationship with Future.

On Wednesday, Ciara and Russell Wilson celebrated their 6-year anniversary. The two both posted a highlight reel on Instagram, of their love for each other, as well as being with their children.

“Doing life with you has been everything I’ve hoped for, dreamt of, and more. It’s the best feeling in the world waking up to you everyday,” Ciara said on IG. “I’m a better woman because of you. There is absolutely nothing I wouldn’t do for you. Happy Anniversary Mi Amore. My Best Friend. I love you so much @DangeRussWilson God is Good! Year 6. Forever to Go.”

Russell also spoke highly about his wife, on his IG feed. Like Ciara, he wants to feel everything that he has with her, forever.

“I walked into the room for the first time…and I was speechless,” Russell added. “Not because I didn’t have the words to say, but because God answered my prayers. My prayers of finding someone with love, joy, peace, a vision, a desire to impact the world, and a passion for raising a family together… that was you. God has blessed us for the past 6 years of Marriage with our 3 beautiful children and an overflow of laughter, love, & life. Cheers to forever. Happy Anniversary my love.”

Ciara and Russell also moved to Denver, this spring. That came after Russell got traded to the Denver Broncos. He spent 10 seasons with the Seattle Seahawks, where he won one Super Bowl.

More in Hip Hop News
Colin Kaepernick is investing in Ice Cube’s BIG3 league, after being on verge of shutting down
Kanye West spotted sitting by himself on the side of the road [VIDEO]