Home » Hip Hop News » Ciara and Russell Wilson nailed it with their Beyonce and Jay-Z costume for Halloween and Twitter says they nailed it, loving the photo of Barack and Michelle Obama in the background 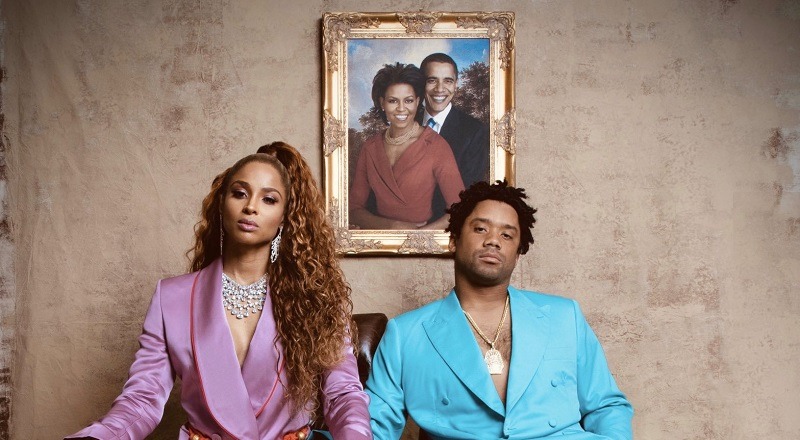 There was a time when it looked as if Ciara would occupy the space that Beyonce currently holds. Now, there was never a question of how big Beyonce could be, because she’s been topping Billboard since her first solo single. But, Ciara was once considered of that caliber.

From 2004-2009, Ciara put out more music than Beyonce, and all of it was charting high. However, Ciara saw her popularity immediately wane, as Beyonce kept going. Aside from a brief 2012-2013 resurgence, Ciara has mostly moved onto being big on social media.

Ciara can shut down Twitter, any time she feels like it, and she’s done it again. This time, Ciara is paying homage to Beyonce, and Jay-Z, along with Russell Wilson, her husband. The two remade “APESH*T!,” replacing the portrait with one of Barack and Michelle Obama, which has Halloween Twitter saying they “nailed it.”

Read the tweets about Ciara below:

More in Hip Hop News
Angela Yee breaks silence on alleged Charlamagne beef, for the first time, in interview, asking hosts if they would allow someone to speak that way about their co-worker, how he did with Gucci Mane [VIDEO]
Romeo aka Young Rome, from Immature, says Brandy made him blind in one eye, which is why he wears the eye patch [VIDEO]