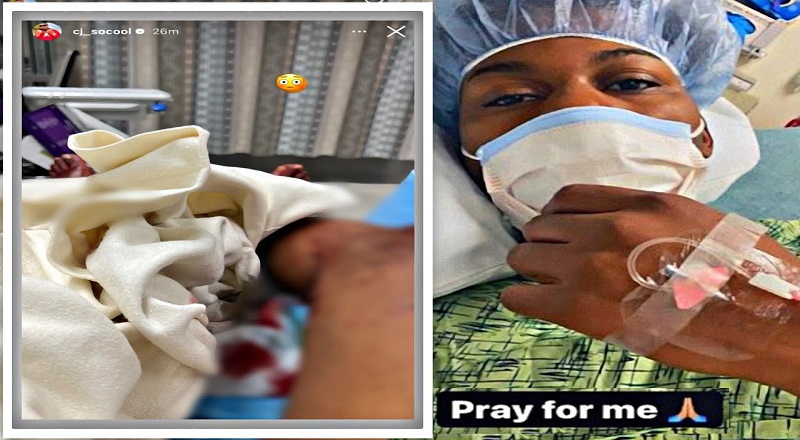 CJ So Cool, over the past few years, has established himself as a popular YouTuber. Like most entertainers before him, CJ So Cool did some dabbling before simply becoming a content creator. Over the years, he has indulged in the spoils of his success. An unfortunate circumstance is that things like this can make people like him a target. According to CJ So Cool, himself, this led to him getting shot in his own home.

CJ So Cool has been making noise for the past six years. During this time, he has built a very substantial brand. By virtue of him being a content creator, CJ So Cool shares details of his personal life. As a result, he has people he doesn’t know who know him. This isn’t to say that this is what led to someone breaking into his home, however. At the same time, he does have a high profile, and someone broke into his home and did harm.

CJ So Cool revealed the information, himself, on his Instagram and IG Story. Sharing images of himself laying on a hospital bed, CJ So Cool revealed he got shot. The YouTuber said he was shot four times by an intruder in his home. While he revealed he was a shooting victim, he did not mention whether or not he was robbed. Fortunately, CJ So Cool lived to tell the story, and he is now in the hospital, where he is recuperating from his injuries.

More in Hip Hop News
Kodak Black and NBA Youngboy officially end beef on FaceTime [VIDEO]
Eight high school students in Texas were hospitalized, after being made to do 400 pushups without water, as a punishment