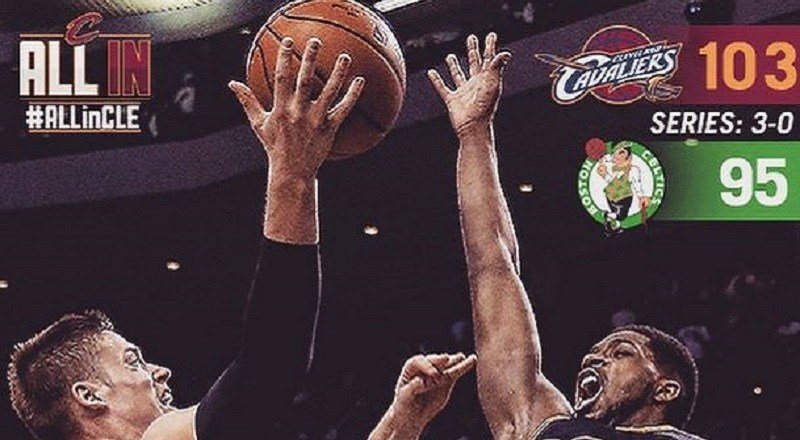 When LeBron James returned to the Cleveland Cavaliers, many said he would take the championship experience from Miami to his new/old team. Instead, the team went through horrible struggles. Eventually, they worked it out and finished strong.

LeBron James led the Cleveland Cavaliers to a 53-29 record, alongside star players, Kyrie Irving and Kevin Love. This record is respectable, but a far cry from the 66-16 and 61-21 LeBron led Cleveland to in his first stint with them. But, the momentum is what counts and they have plenty.

Fittingly, the Cleveland Cavaliers would face the Boston Celtics in the first round, even though the roster is completely revamped. This was one of many indicators that this is not 2010, as the Cavs rolled to victory in Boston over the Celtics 103-95 to take a commanding 3-0 series lead. LeBron James scored 31 points in the victory, Kevin Love scored 23 points, and J.R. Smith chipped in 15 points.