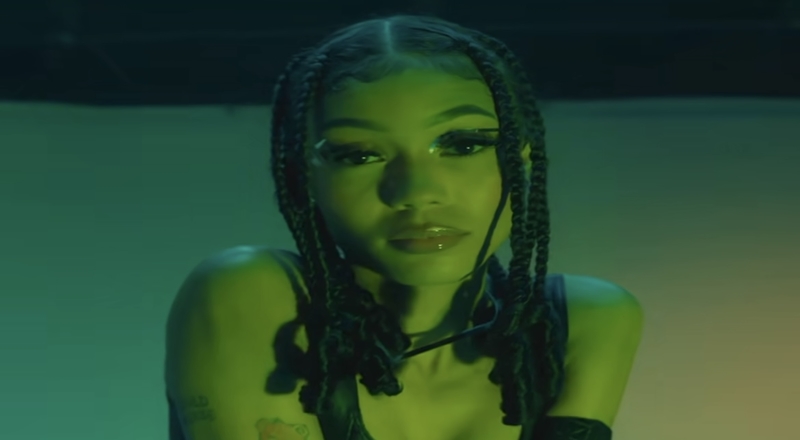 Coi Leray has been one of music’s biggest breakout artists, over the past year and a half. 2021 saw Coi soar into stardom, with hits such as “No More Parties” remix featuring Lil Durk, and “Big Purr,” featuring Pooh Shiesty. Coi also released her debut album, “Trendsetter,” a few months ago. That project included collaborations with H.E.R., Fivio Foreign, Polo G, and more.

Coi continues to be a viral sensation online, as more endorsements are coming in. On Monday night, Coi went on to announce that she has a Sprite collaboration, now. This is part of the Sprite Limelight music program, and global brand initiative, which is hosted by James Blake. Coi posted a video of herself promoting the upcoming Sprite Limelight initiative, as plenty of its signature green, is on display, in these visuals.

“Sprite Limelight provides a unique opportunity for fans to experience new music, through one hook reimagined three different ways. It also offers a window into the way they make music, as well as their own personal experiences – connected to our core brand philosophy – of staying cool in those moments when life’s heat feels intense”, said Shrenik Dasani, Sprite Global Brand Director, The Coca-Cola Company, in a statement.

Coi Leray will also be venturing on her Trendsetter Tour, in July. It was initially set to kick off in May, but dates began to be rescheduled. The tour will now kick off on July 28, in Minneapolis. 15 dates will be available in total, as it’ll conclude on August 25, in San Diego.