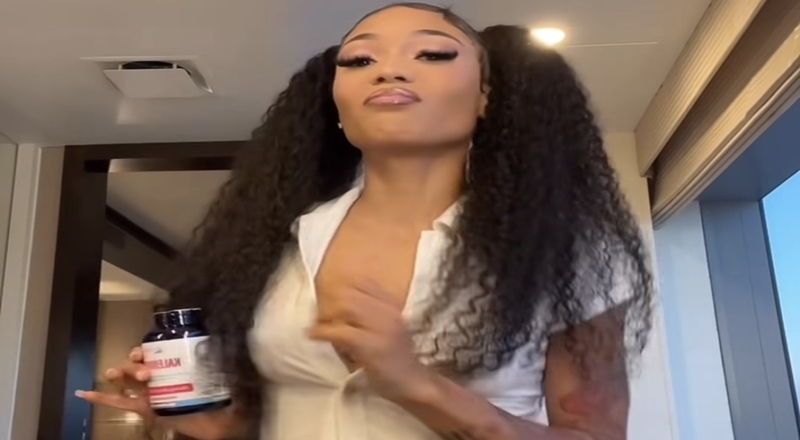 Coi Leray has been one of the biggest breakout stars, since 2021. She stormed onto the scene with hits such as “No More Parties” remix with Lil Durk, and “Big Purr” featuring Pooh Shiesty. This past spring, Coi went on to release her debut studio album, “Trendsetter,” which was led by the “Blick Blick” single, with Nicki Minaj. Other collaborations included H.E.R, Bleu, G Herbo, Young M.A, and more.

Coi is also taking to Twitter, to say that she believes that someone is paying media outlets, to not post her content. This all comes after many believe that Nicki Minaj subliminally called Coi out, for allegedly disapproving of not being featured on Nicki’s “Super Freaky Girl” remix. The featured female artists on this collaboration included JT, BIA, Katie Got Bandz, Akbar V, and Maliibu Miitch.

Coi’s claim also comes after she released her new “Fly Sh*t” single, over a week ago. This was her second single of the summer, as she also put out “Involved,” in June.

Check out Coi Leray speaking on being blackballed by blog sites, below.

Continue Reading
You may also like...
Related Topics:coi leray, featured