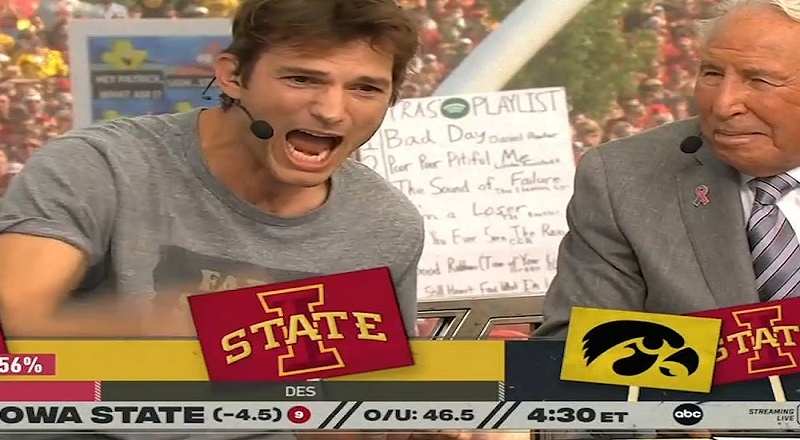 Now, infamously, Ashton Kutcher and his wife, Mila Kunis, revealed they don’t shower, daily. With that, they said they don’t force their children to bathe. Following this, several celebrities began speaking out about bathing.

Ashton Kutcher rose to fame, starring on “That 70’s Show,” and towards the end of that run, became friends with Diddy. This led to his “Punk’d” era, when Ashton pranked his celebrity friends, on MTV. Later, he took over for Charlie Sheen, on “Two and a Half Men.”

An Iowa native, Ashton Kutcher spoke on College GameDay, ahead of Iowa State’s football game. While he was speaking, the fans began roasting him. As Kutcher was talking, the fans in the crowd began shouting “take a shower.”