Home » Hip Hop News » Comedian and Actor Wayne Brady was humiliated on live TV during an episode of “Whose Line is it Anyway?” when a white cast member made a racist joke that everyone laughed at until Brady’s clever clap back: “When you’re joking but not really..” 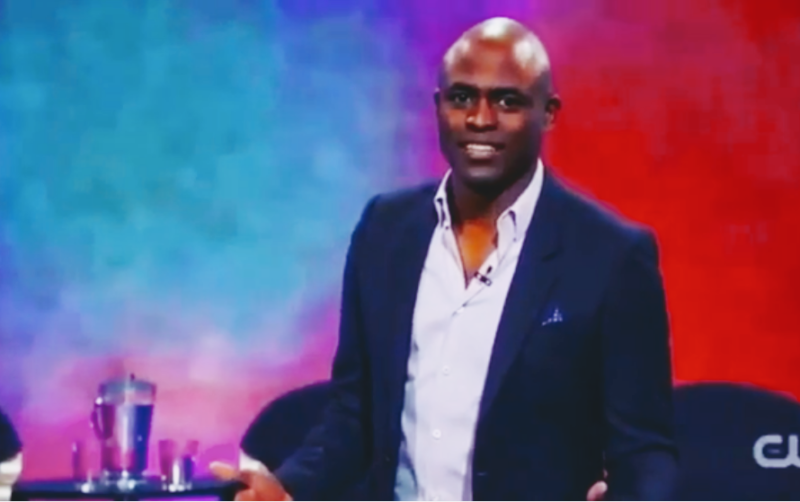 In light of the recent shift in America as the country faces herself and the disease that has effected the black community greatly: racism; Comedian and Gameshow Host, Wayne Brady, shares an old scene of Whose Line Is It Anyway? to Instagram that reflects the times precisely. During the improv show’s scene, one of his white cast members made a racist joke in front of a crowd of fans that found the joke hilarious. The white cast member had two white males stand on each side of Brady as he says:

“Ma’am can you pick out the man that robbed you?”

The ‘Daytime Emmy Award Winner’ stood in the center of the two white men with an awkward expression as they began to whisper and hint towards Wayne Brady being the robber. The crowd shared some “Oohs” followed by clapping and laughter that seemingly grew louder. The awkward exchange was followed by the actor/comedian looking out at the crowd saying: “Ya’ll know that’s f***ed up, right?”

In his next post, there shows a few more minutes into the show and Wayne Brady can be seen with host Aisha Tyler (a sista) lining up the white cast members to shut it down. Aisha says to Brady:

” Sir, can you pick out the man that embezzled hundreds of millions of dollars in the American economy, and then made you pay for it?”

The response was awesome as the crowd began to cheer:

” You mean after systemically devaluing my education and relegating me to certain neighborhoods where I couldn’t actually pursue the education that would enable me to rise to meet a certain fiscal stature in this country?”

Wayne snapped back. Yes, he went there. And on cue, Aisha added:

“And also preventing you from making any loans, or homes, or jobs, or businesses, or getting a car lease –“

As one of the cast members ran over to the desk to hit the buzzer to stop the scene. “When you’re joking but not really… When comedy and the truth meet up.” the comedian captioned the video. Timing couldn’t be more accurate as the country is faced with a true wake up call to many white Americans that racism is definitely a problem in all fifty states and will no longer be tolerated.

How would you have clapped back in a situation like Wayne Brady’s?

More in Hip Hop News
Bernie Condlin, Cumberland County, NC Lead Public Defender, shares GIF of protesters being hosed down by firehose, saying he wants that for the “next” Market House riot, also makes tweet about protesters setting themselves on fire and then getting the government to pay their medical bills; Tami Marano adds to spray “them” with Coronavirus, later apologizes
Black Twitter found out that Cantu is not a black owned company and Cantu may be getting cancelled