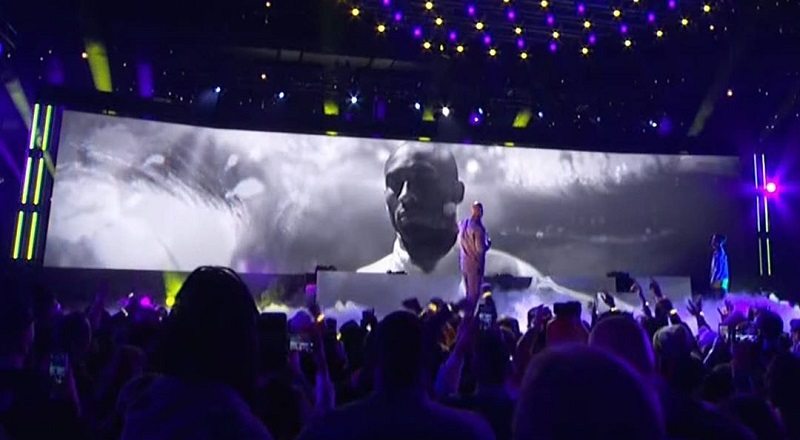 The day after LeBron James took Kobe Bryant’s record for third on the NBA’s all-time scoring list, Kobe Bryant died. It was all so shocking, seeing how he was just congratulating LeBron hours before. But, then the world was dealing with Kobe’s death.

Not only did Kobe Bryant die, but also his daughter, Gigi, of whom he was so proud, died. Making matters worse, there were seven other people on the helicopter who died. Children are without parents and without siblings in such a freak accident.

Common is slated as one of the NBA All-Star Game performers, seeing how Chicago, his hometown, is hosting the festivities. With it being in his city, Common had to represent. He delivered a strong tribute message, which has Twitter in shock and awe, along with tears.

Common delivers a powerful tribute to the city of Chicago and Kobe Bryant ✊ pic.twitter.com/RBSB6poeqO