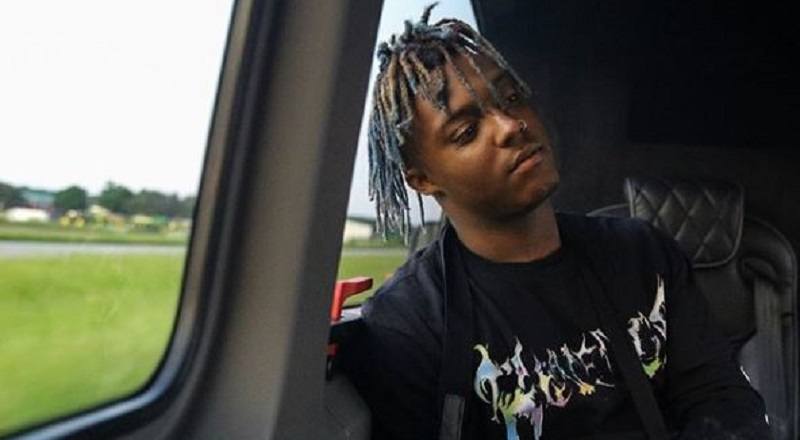 Juice Wrld passed away at the very young age of 21 early Sunday morning after suffering a seizure at Chicago’s Midway Airport. He was transported to a local hospital but lost his life 10 minutes after arriving. New details have since surfaced regarding everything that happened leading up to his death. He was supposedly taking Percocet pills on the plane and swallowing them when he landed so he wouldn’t have gotten busted for drugs. 70 pounds of weed and three guns were also found in luggage.

An autopsy was conducted in Chicago yesterday but there is still no official cause of death, according to Variety. The Cook County Medical Examiner’s Office says that “additional studies are required to establish the cause and manner of death” for the 21-year-old musician, whose real name was Jarad Higgins.” Among the studies needed to be finished are cardiac pathology, neuropathology, toxicology and histology,

The full list of items found by police after Juice arrived to his hometown were 41 “vacuum-sealed” bags of marijuana, six bottles of prescription codeine cough syrup, two 9 mm pistols, a .40-caliber pistol, a high-capacity ammunition magazine and metal-piercing bullets. Two members of his entourage were arrested for the guns but have since been released from jail. Juice’s 2018 breakout single ‘Lucid Dreams,’ has also soared to the top of the U.S. hip-hop singles charts on Apple Music and Spotify.

More in Hip Hop News
Woman on Twitter, @chachachanise, was assaulted by the husband of the Assistant Attorney for the city of Dallas, accusing him of grabbing her neck, and calling her a “f*cking b*tch,” repeatedly, sharing the video, and claims she did nothing to him [VIDEO]
Nick Cannon Cannot Win As Social Media Declares Him Dead With #RIPnickcannon Trending, Eminem Already Made The Winner Without Even Putting Out A Response To Cannon’s Diss Record | [VIDEO] | [REACTIONS]