Home » Hip Hop News » Cuban Doll gets kicked out of Tadoe’s apartment, as his girlfriend, Ari (not G Herbo’s baby mama), throws her stuff out of the house! + Cuban deletes her IG! [PHOTOS + VIDEOS] 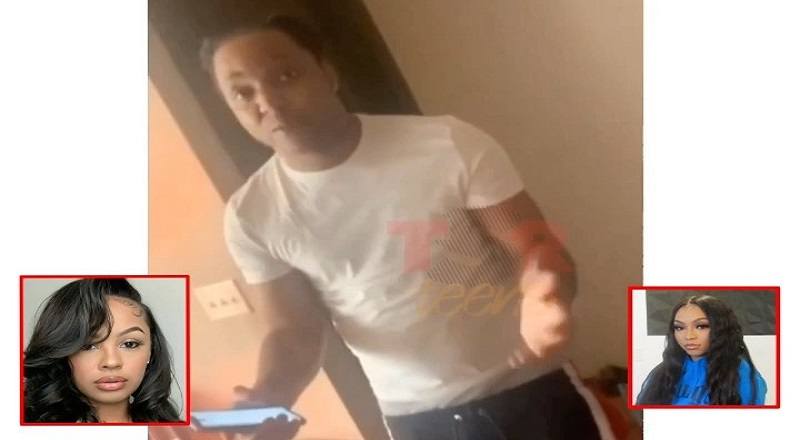 Since 2017, Cuban Doll aka Cuban Da Savage, has been a well-known figure, in the game. During the little time the world has known her, she has been tied to Tadoe, a popular Chicago rapper. He came up as a part of Chief Keef’s crew, during that 2012 Chicago wave.

Cuban Doll, meanwhile, found herself caught up in the middle of the beef Chief Keef and 6ix9ine had. The beef soon became Tadoe against the now-infamous 6ix9ine. After Cuban Doll claimed Tadoe abused her, she and 6ix9ine hung out, as he did with Chief Keef’s baby mama.

Most probably forgot about Cuban Doll and 6ix9ine, as it was forgettable, because she and Tadoe got back together. The two have now broken up and Tadoe has another woman, Ari, in the mix. This isn’t the infamous Ari, but she will be (@shortyfromtalibann is her handle), as she threw Cuban’s things out of Tadoe’s apartment, and claims she ran her off of Instagram.

Watch the videos and see all the posts, including Cuban’s deleted Instagram profile below:

A post shared by The Shade Room Teens (@theshaderoomteens)

More in Hip Hop News
Amanda Seales goes in on Kim Kardashian’s tan on 7Hollywood magazine cover, saying she’ll have a more thorough Kim K response later [PHOTO]
Pat Bev forced James Harden to trip and fall out of bounds with the ball and made Russell Westbrook play peacemaker, after getting into it with Ben McLemore, and Twitter loves Beverly getting under Russ’ skin #ClipperNation