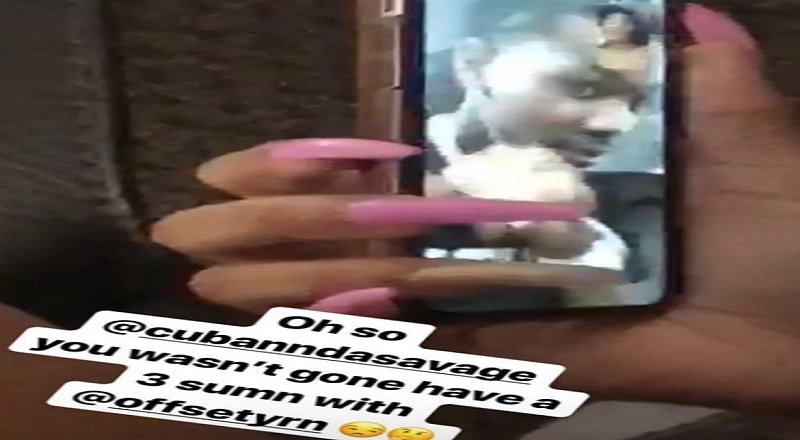 Offset and Cardi B have each had a major 2018 as Migos went platinum with their “Culture II” album and same for Cardi with her “Invasion of Privacy” album. They’ve also went through some crazy times together as fans keep investigating Offset for cheating. These allegations continue.

Cuban Doll’s ex-best friend is now putting her and Offset on blast as she’s leaking texts of Offset texting one of Cuban’s friends and trying to set up a three way. Offset said he was in Atlanta and going to New Orleans but would fly them out. Cuban’s former friend also tagged Cardi in the post to show what her man has been up to. She also posted Cuban on FaceTime with Offset.

Continue Reading
You may also like...
Related Topics:cardi b, cuban doll, offset

More in Hip Hop News
Meek Mill Says He Might Drop Another Album Before 2018 Is Over; Wants To Also Do A Collab Mixtape With Nipsey Hussle [PHOTO] #AskMeek
Hip-HopVibe.com partners with “Second Act” movie for ticket giveaway in select cities #SecondAct #SecondActMovie