Home » Hip Hop News » Cyn Santana gets confronted by fans on Twitter, who want to know if she really called Fantasia ugly #LHHNY 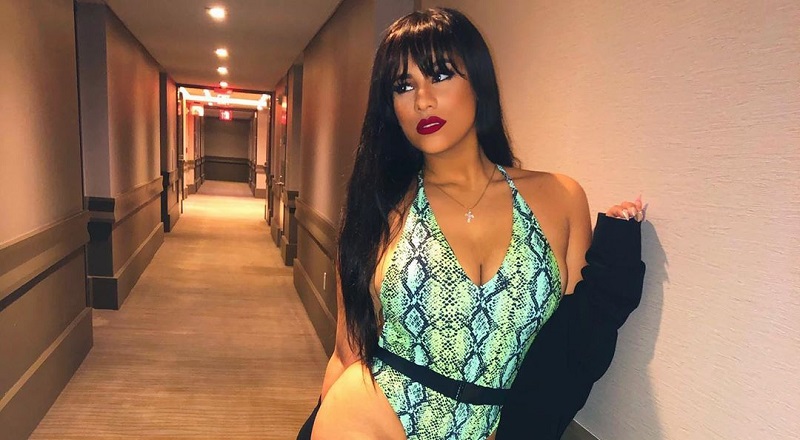 When the world first met Cyn Santana, it was love at first sight, as she was Erica Mena’s twin girlfriend. Together, they invented the Instagram thirst trap. Routinely, they shut IG down, before bringing their act to season four of “Love & Hip Hop,” steaming up the show.

Cyn Santana rose to fame, alongside Erica Mena, but the two had an abrupt breakup. Once it was over, the two went from being lovers to being enemies. Eventually, they somewhat made amends, as Cyn moved on with Joe Budden.

Last year, Cyn Santana returned to “Love & Hip Hop,” not the fan favorite she once was. Two seasons in, she’s viewed as a nag, and she had her racial comments, plus the Fantasia tweet. Cyn Santana is now having to answer for the Fantasia tweet, as her fans, on Twitter, are questioning if she really called her ugly and why.

Read the tweets about Cyn Santana and Fantasia below:

More in Hip Hop News
Doja, Doja Cat is being dragged by Twitter, accused of being racist, for making racially-insensitive comments, and now her lyrics and song titles are being questioned, as fans make #dojacatisoverparty trend
Khloe Kardashian looks just like Malika, in her newest IG post, and Twitter is going in on her over it, but Tristan Thompson is here for her new look! [PHOTOS]