Home » Hip Hop News » Cyn Santana responds to backlash she received over her comments about Black and Latina women, on “The Real,” also shares lingerie Rihanna gifted her, as she said she poorly articulated what she meant when she repeated the phrase “Black men love Latina women” #LHHNY [VIDEO + PHOTO] 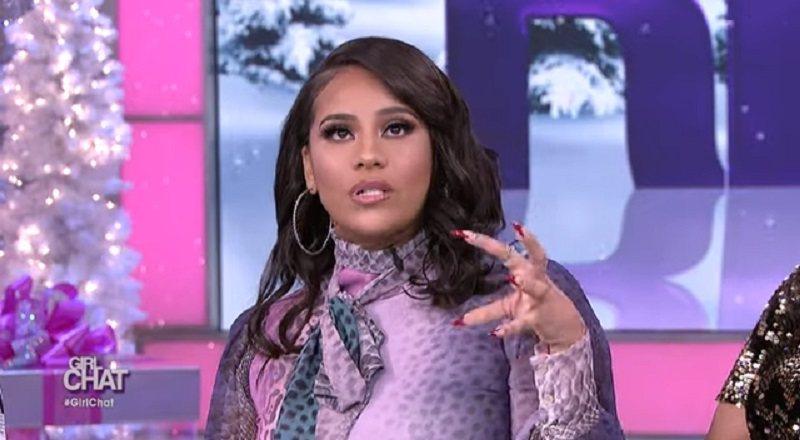 Six years ago, Cyn Santana burst onto the scene, with Erica Mena as her “mystery girlfriend.” The two made history as the first homosexual couple on “Love & Hip Hop” history. Initially, Cyn was believed to only be used by Erica to make Rich Dollaz jealous.

However, Cyn literally fought Rich for Erica, ironically later becoming good friends with him. On top of that, Cyn and Erica turned into rivals, before now becoming cordial. Two years ago, Cyn Santana got with former co-star, Joe Budden, having a child with him.

A year ago, Cyn Santana got caught up in controversy, after some prior comments she made about black men and Latina women went viral. On her appearance on “The Real,” Cyn explained that she poorly articulated her statement, leading to the confusion. Also, she showed off the Savage X Fenty lingerie that Rihanna gifted to her.